Witch or not! Lynching of the elderly is a gross violation of human rights

• What happened to protecting the vulnerable, caring for them? This old man or woman is either your grandma or grandpa. 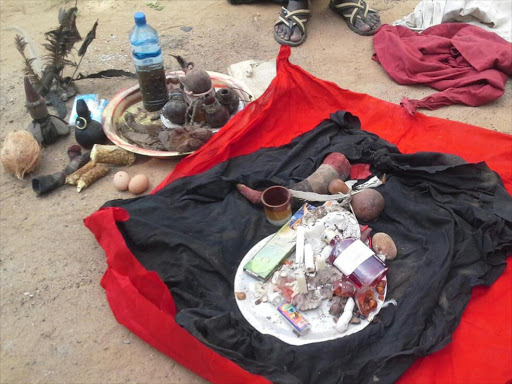 It’s such a disappointment that it’s the 21st century and people still believe in the existence of witchcraft and sorcery.

I still insist on people reading, read and educate your narrow minds. Stop violence on your elderly relatives on suspicion of carrying out witchcraft.

Older women and men are beaten by angry villagers and in the worst cases burnt alive on accusations of practising witchcraft. What the media call “angry lynch mobs” taking the law into their hands.

Yesterday’s incident in Kisii county just shows how people are led by superstitions and brainwashed by their deep village mentality.

Four lives were taken just like that. And in the past years like in 2009, six people were killed every month for allegedly practicing witchcraft. It has to stop.

It is a gross violation of human rights. It’s so unbelievable to even think that an old woman or man, very tired and his or her age is catching up to her is particularly active after dusk, when law-abiding mortals are asleep.

What happened to protecting the vulnerable, caring for them. This old man or woman is either your grandma or grandpa.

They slaughtered a he-goat, poured its blood and burned it completely to ashes to cast off the evil spirits that have been causing the bad omen of ...
Exclusives
2 months ago

'Many have visited witchdoctors over my pregnancy' - Vera Sidika

"Today I am 8 months pregnant by the Grace of God, still strong and unbreakable." -Vera Sidika
Lifestyle
2 months ago

Instead, we are arming ourselves against poor old men and women using walking sticks just trying to survive another day.

Well, the only explanation most people will give for lynching them is the belief that the old people practice sorcery and witchcraft to live long.

Who fed you those half-baked and sugarcoated beliefs, let me guess, your father or mother who learnt it from a fellow uneducated village vagabond. And the cycle continues.

This a shameful act we all should be condemned for cultivating those acts. Even onlookers who watch and take videos of the same should be ashamed of themselves. It’s a mockery of humanity.

The elderly should be protected. It is a collective our collective responsibility to ensure this. Their rights should be upheld and be respected. Train your kids on how the elderly men and women should be treated.

This is only possible if you do that while they are growing up. Children practice what they see while growing up.

If you lynch the old and they actively watch, it will be a thing for them and they will see any old person as a witch.

It is our belief that the government through the police could look into those killings and take action.

The elderly’s rights should be upheld and defended. They must be protected from discrimination abuse based on their age and appearance.

When Musya inquired why he was damaging his crops, Mutinda attacked him with a panga chopping off his index finger and injuring the ring finger.
Crime
1 month ago