Photos: Bashir Mohamud laid to rest amid cloud of mystery on who his killers are 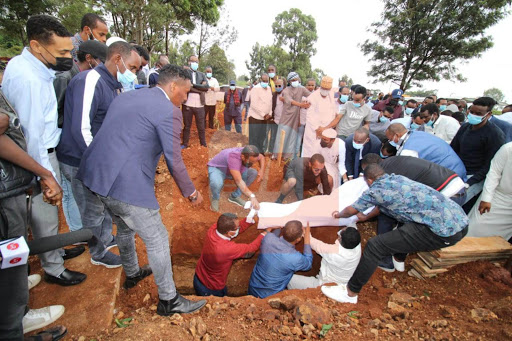 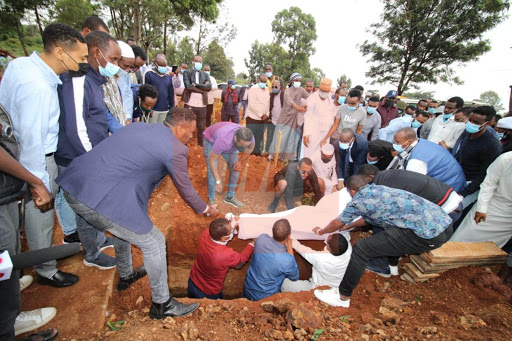 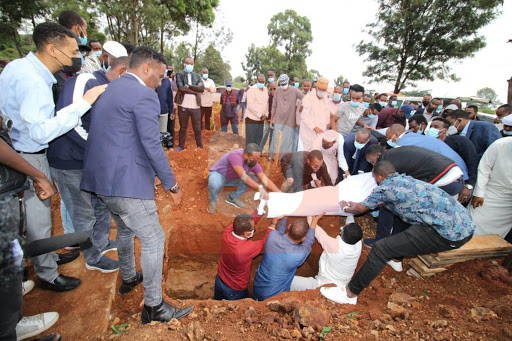 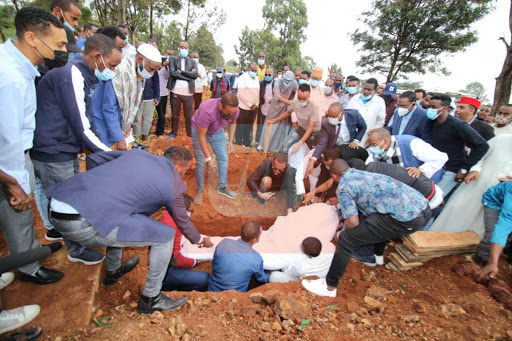 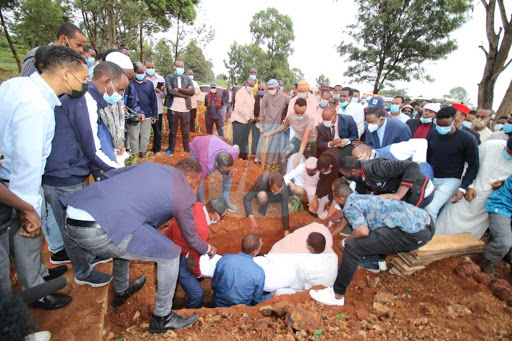 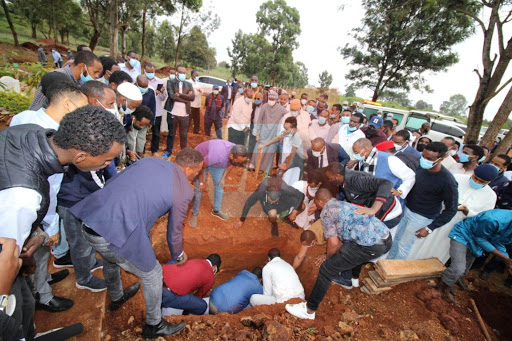 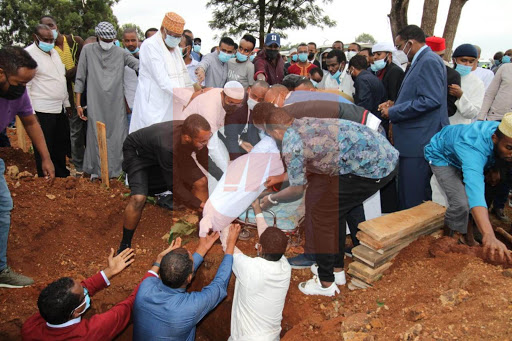 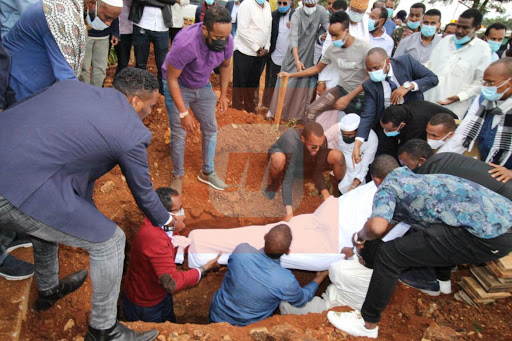 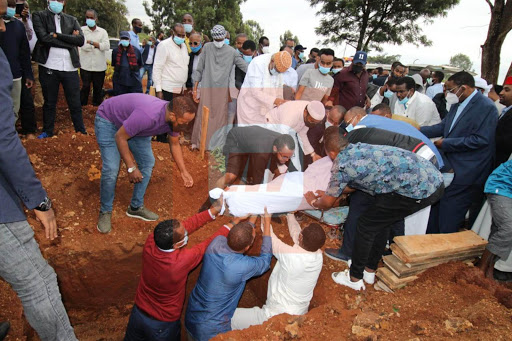 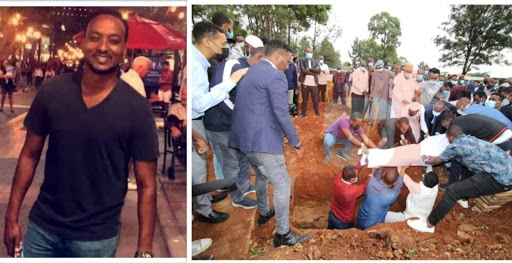 A sombre mood engulfed the Langata Cemetery where the burial of slain Somali businessman Bashir Mohamud was laid to rest.

The Monday evening buried was attended by family of the late Bashir.

The ceremony took place after a postmortem was conducted. The results detailed how Bashir lost his life.

The burn wounds were round suggesting they were inflicted using a car lighter.

There were also torture signs in the legs and toes.

The 36-year-old Somali-American was last seen leaving the posh Lavington restaurant, Mialle 72 Lounge on May 13.

Four days later, his body was discovered by by residents floating on River Nyamindi.

“The residents then reported the matter to the police who helped in retrieving the body and took it to the Kerugoya hospital morgue, where it was booked under 'an unidentified body belonging to a male adult'.”

Family lawyers said they will request the office of the DPP to institute an inquest probe to determine the circumstances of his death.

Here are the photos from the burial.