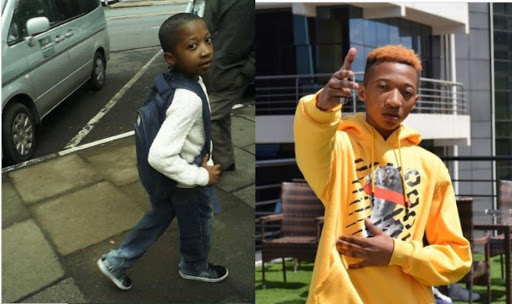 Trio Mio is the teenager that has won the hearts of many thanks to his talent. The Cheza Kama Wewe sensation is the Justin Bieber of this generation, who started singing at the age of 13. Trio Mio, who's a high school student, went viral during lockdown in  2020 after releasing a few songs.

The teenage star, who revealed that he started rapping to his favorite songs by different artistes at the age of 10, is inspired by his elder brother Bigting AP, a rapper too.

Trio Mio, is born to a Kenyan mother and an Italian-Congolese father, is known for his creativity and many compare him to the late E-Sir among other great artistes. Speaking about the comparisons to the industry's big names during an interview with SDE, he said,

'It’s humbling and flattering, I didn’t get to witness his (E-Sir’s) music. I’m only 16, but his music has lived on and I know what he meant to my elder siblings and cousins, and Kenya as a whole. He’s legendary and hopefully I get the opportunity to continue his work.'

Well, below are his photos before fame, go through