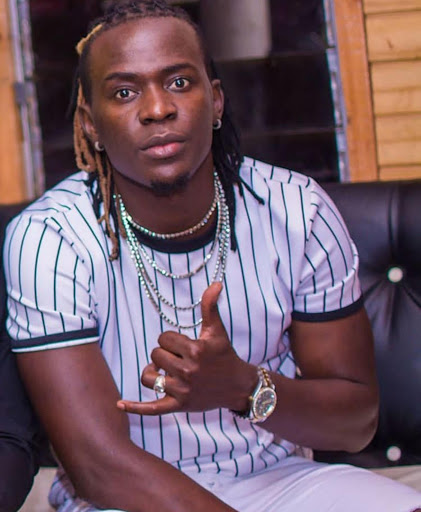 The drama surrounding Willy Paul, Bahati and Ringtone keeps getting nastier with time and fans are kind of getting used to it.

The three artistes are constantly at each others necks, criticising whatever each does. We do not understand if it is mere criticism or personal beef, but this 2020 the three musicians have served us with a number of controversies. Ringtone has been vocal about them ditching the gospel industry, terming them conmen. Willy Paul then got a hold of Bahati and Ringtone criticizing the stunt on the Mtaachana tu song in which Bahati and his wife Diana Marua tricked Kenyans into believing they had broken up, well how Ringtone got involved is thanks to his participation in the stunt, a move which Willy Paul disliked.

As if we have not seen and heard enough, Willy Paul in an interview done by Azziad Nasenya was asked about his take on Bahati and Ringtone.

He called out Bahati for being a cry baby advising him to stop it since he is now a father.

With regards to Ringtone, Pozzee looked unimpressed with the mention of his name from his facial expressions and was quick to criticize him for behaving like a woman.

The singer known for his controversial self and boldness when speaking on issues has however been working tirelessly in 2020 to give fans great music with the release of the song of songs album and says he has a lot lined up come 2021 with major collabos in Africa and outside the continent.