'...saw this coming!' Avril reacts after comedian Nicki Bigfish was beaten for his tasteless jokes 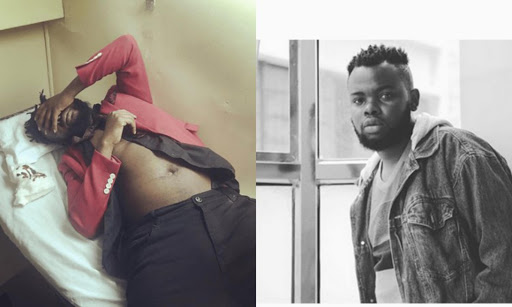 Comedian Nicki Bigfish is nursing injuries after he was beaten while shooting his show in the CBD.

The comedian, whose show Jibonge runs on Ebru TV every Monday at 7:45 pm was roughed up by angry people during the shoot.

His security team did not act swiftly and he had received a beating by the time they arrived.

Bad day in office. Got roughed up by some angry guys, my security team did respond though not swiftly as they should. I’ll be back soon. Keep me in prayers 🙏🏽' he posted accompanied by the photo below.

His post ignited mixed reactions with many claiming he goes too far with his pranks and warned him to be careful before he is beaten and hurt badly.

Check out reactions from Kenyans

blakaende Pole sana bro... learning through such challenges is what seasoned you into becoming an entrepreneur. You are on the right path

nandwai Ndio usikie! You sometimes disappoint us when doing gags on old people.