'Strong baby,' Kamami's wife Milly Chebby comes to his defense after cheating on her 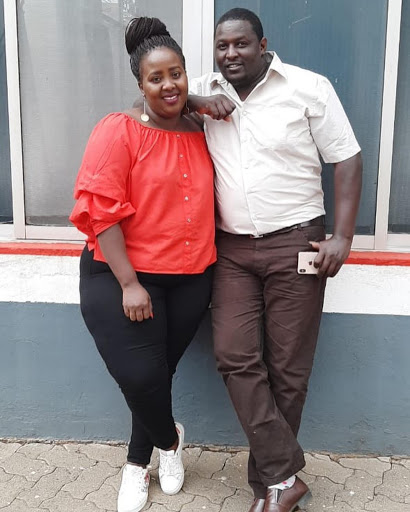 Content creator Terence Creative aka Kamami has been blasted online for his countless apologies to his wife Milly Chebby.

Kamami has been issuing an apology after another to Milly after cheating on her with 19-year-old Anita Soina.

A section of his followers are unhappy with him and some even referred to him as immature.

He shared a post talking about relationships saying noone is perfect, promising never to cheat on his wife again.

A great marriage is not when the ‘perfect couple’ comes together. It is when an imperfect couple learns to enjoy their differences.” Thank you Chebby for being there for me, I promise I will be a better man, sorry for the pain I put you through. It shall be well dear. To my fans poleni for disappointment, nimesoma a lot, tuzidi. if anyone out there I have wronged in any way, accept my apologies, pole sana. God bless you for your support.

Milly responded to her hubby's post and she wrote,

The couple's fans went ahead to rain mean comments on them telling Kmami to keep his private life under wraps. Reactions include;

karigoh By the way, we really don't give a fuck who you fuck, sawa? Just give us what we signed up for which is Kamami! Period. Is it too much to ask?

from_the_land_of_milk_n_honey Bro, on behalf of many men out here, we really dont care what's happening between you and your wife, so long as it is not illegal. Wapi CARETAKER bwana?

bakitah_alice Keep it in your fucking pants. Literally. Respect your wife, man.

strut_those_heels Wheeeew the embarrassment of an 19 year old behaving in a more mature way that then older “MARRIED” couple. Lol this is embarrassing for you, no need to be posting such. More stories will surface for sure. Anita is not the only one.

kash_kashy Suddenly umekua motivational speaker? Borrow a leaf from Nameless, not answering to such rumors is the best answer...i don't think anyone that can help you earn out of your comedy has time to follow on your personal life so you are concerned about the wrong people. Keep working, stop giving idlers new stories every day.