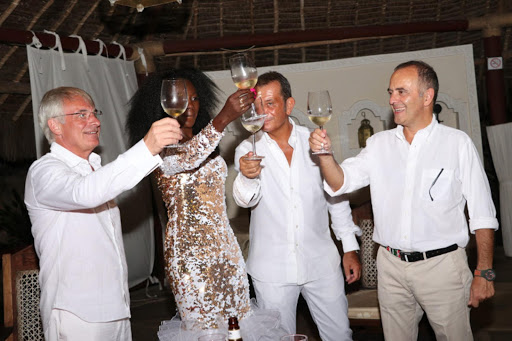 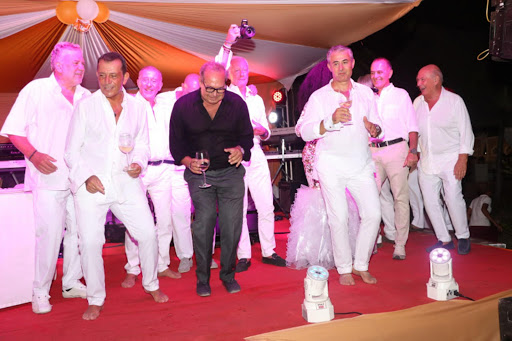 On September 7, Akothee performed at a private party in Kilifi county for Italian tycoon Bruno Mossimo as he turned 60. Akothee was paid Sh1.8 million, of which 50 per cent went to her Turkana charity programme.

Akothee said the reason why she hasn't been active musically is because she's been busy with other projects.

I want to sink six boreholes in the drought-affected areas in Turkana. I have gotten a few sponsors and by December, I'm hoping to sink three. I'm very proud of my Italian community for supporting me," she said.

The invite-only party went down at the luxurious Kilili Baharini resort, and seven tycoons, including the birthday boy, flew in for the event. Three other Italians, among them Roberto Lenzi of Papa Remo Beach in Watamu and Alex of Diamonds Dream of Africa, joined their counterparts at the resort for the big day.

In an exclusive interview with Mpasho.co.ke, Massimo said he chose Akothee because they're good friends and she's a great woman.

I chose to celebrate my birthday here because I love Malindi and the weather is great. Kenya is a great country," he said.

I will be celebrating my next birthday here in Kenya as well. Kenyan women are very nice."

The richest singer Akothee may be raking in millions, but she is not about to spend it on politics. Speaking to Mpasho.co.ke, the mother of five said she doesn't want to try her hand at politics

I don't want to go broke. I'm also not going to change my lifestyle to fit into the society, and I don't want to be anyone's role model. I have one life to live and will live it the way I want," she said.