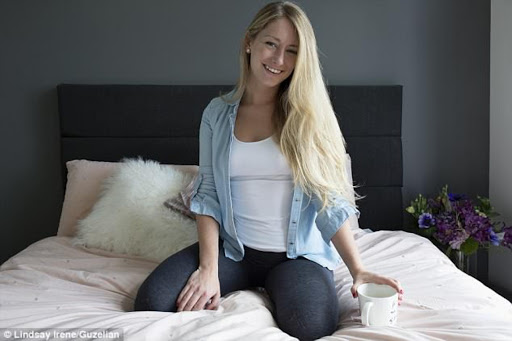 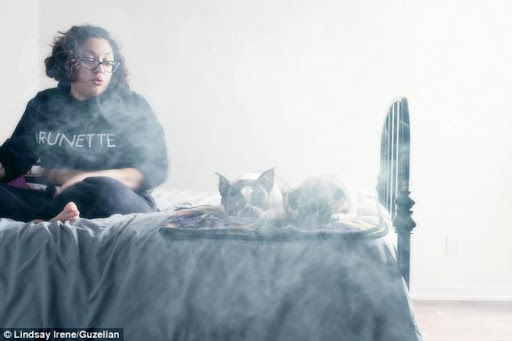 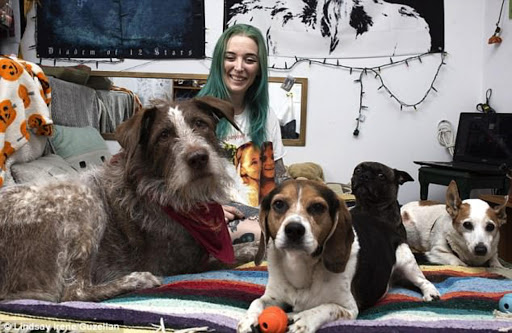 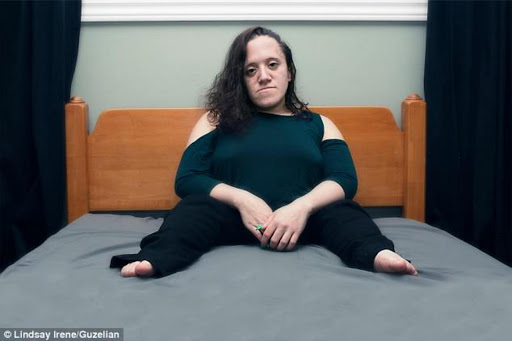 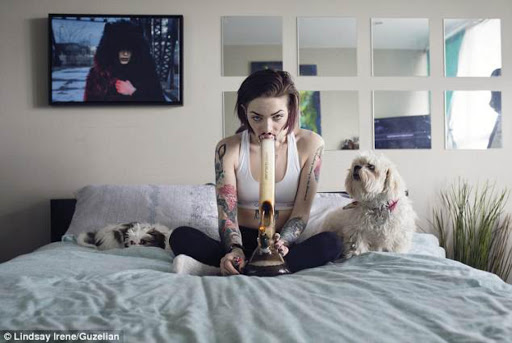 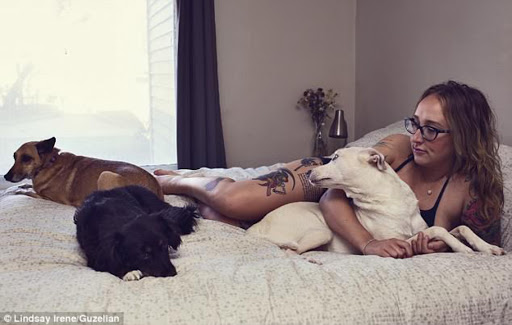 A photographer has revealed what life at home is really like for Canadian sex workers in a bid to change perceptions of the industry.

Lindsay Irene, from Ottawa, has photographed over a dozen sex workers at home going about their normal everyday lives.

In the project, entitled Home Lives of Sex Workers in Canada, the off-duty sex workers are seen relaxing in their bedrooms, with many pictured with their animals.

Lindsay says she hopes the pictures will help the public see them as 'real people', who are 'not so unlike themselves'.

Speaking about her experience with sex workers, Lindsay said: 'They are complex, hard-working people who are doing a job and deserve rights like anyone else.

'I hope that by showing them in their home, caring for their animals, reading a book, playing video games or whatever it is that a sex worker does while not at work that perhaps the public can see them as a real person that is not so unlike themselves.

'Like any workforce, there are people with many different cultural backgrounds, gender identities and different upbringings.'

The photographer explained how the sex workers she met have come from a number of different backgrounds.

'Some have supportive families, others ran away during their teen years and ended up doing survival sex work,' she said.

'Some sex workers were open about their disabilities or mental health issues and how sex work was a great alternative to working a 9-5 job as it allowed them to take time off to focus on their health or access mental health services when need be.'

She added: 'Everyone I spoke with feels empowered by doing sex work and thoroughly enjoy it. What they don't enjoy is having the ability to perform their job safely taken away from them.

'They are hard working, resilient people who have formed supportive communities that share resources and offer support in order to keep each other safe.'

Lindsay started the project after some of her friends, who work in the sex industry, asked her if she would take photographs of them to use in adverts and on their websites.

Word of mouth quickly spread regarding her photography, leading her to being asked by more workers from the industry.

With her growing number of connections, Lindsay wanted to help change the stigma surrounding sex work by asking those she met and later though social media to be photographed at home.

She was originally planning to photograph the participants in both their place of work and at home but felt giving people a glimpse of home life was a more important area because most of their 'at work' images are already out in the public on social media.

Lindsay said: 'I was able to meet many different types of workers and many of these working relationships grew into friendships as well. Once I started looking outside my social circle I would look on Twitter to find sex workers who showed their face.

'Even though someone was "out" on social media it didn't necessarily mean they were "out" with their friends and family so not everyone was willing to participate.

'However, everyone I talked to sounded enthusiastic about my project even if they themselves were unable to participate.'

She added: 'I would also like to mention how it is harder for sex workers of colour and Trans providers to be out to the public as they are more likely to experience violence and stigma in this line of work.

'I hope that with enough exposure I will be able to be connected with more workers who represent the multicultural environment in Canada.'

The homes of the sex workers ranged from basement apartments with roommates to two-bedroom penthouse condos.

Some of them worked out of their home where others would use a space elsewhere, which could also be rented to another worker.

Lindsay added: 'I was as open and transparent as possible about my plan and my vision. However, if they expressed any doubt or hesitation I would let them know I was no longer comfortable going forward.

'This is an extremely personal decision as it's one thing to be out in the sex worker community, it's another to be made visible to the public to people who weren't actively looking for sex workers.

'I let them know I would have them sign a model release form and would include a clause stating I would not reveal their real identity and could even use a different alias than their sex worker name. Knowing that feelings can fluctuate I also made it clear I would allow them to back out for any reason and at any time.'

Lindsay is continuing to expand the project and looking to travel even further around Canada this year because of growing interest from potential participants.

She recently launched a Kickstarter campaign to help raise funds to include more sex workers in the project.