Premonition? Listen to Mowzey Radio's message before he passed away 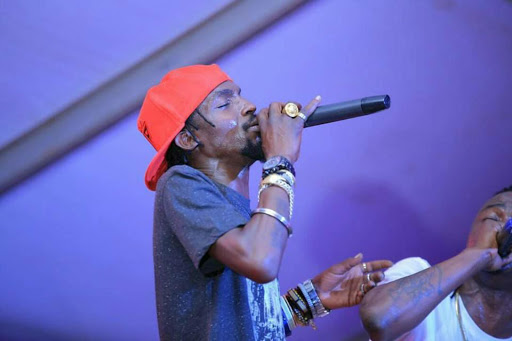 This day will go down in history as one of the saddest in East African music industry. Talented artiste Mowzey Radio born Moses Sekibooga of Goodlyfe Crew passed on early today while receiving treatment at Case Hospital in Kampala, where he had been hospitalised for the last ten days.

The songwriter famed for hits such as Magnet, Breathe way, Heart Attack, Sweet Lady Romantic call and Can't Let You Go, won the hearts of many across the globe thanks to his lovely voice.

Many have described Radio as a great man, who contributed a lot to the East African music industry.

"The King 👑Is Gone😭😭😭" read a post on RadioandWeasel social media pages.

Well, Radio, who celebrated his birthday six days ago while in hospital, seems to have predicted his death in a new song dubbed 'Tambula Nange'  which was published on RadioandWeseal YouTube channel on the 27th of January this year.

The song, which he sang in his native language, translates to 'Walk with Me', basically talks about his life journey.

In the song, he thanks God for the gift of life. He also dedicates his life to God and "tells the most High that he is not afraid of the present and the unknown future for he trusts that He is the Almighty."

Radio also asks God to walk with him "as he seeks His guidance and mercy."

Do you think this song was a premonition?

Listen to the audio

Rest in paradise Mowzey Radio till we meet again.