Mpasho Exclusive: Lisa Martinez, The 'Rich Socialite' Is Accused Of Not Paying Sh2k Debt Speaks Out 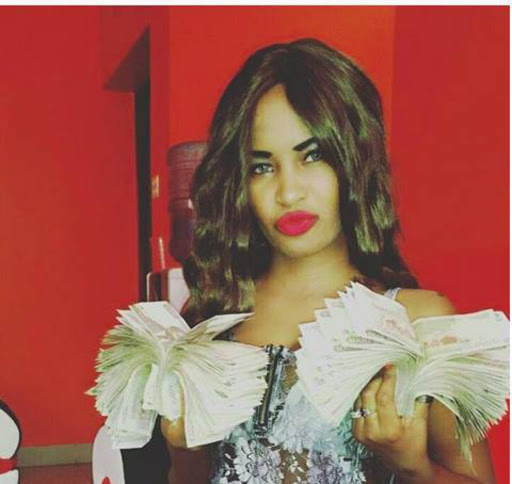 It is laughable that the lady who captured the attention of Kenyans online for showing off her  bundles of cash owes her house girl Sh 2,000 and has refused to pay. Here is what Lisa Martinez says about the debt.

Lisa has denied that she owes Sh 2,000. This was after she was savagely attacked by Kenyans online.

Lisa told Mpasho that Shii Charles was not her house girl but rather her cousin's. And that she doesn't owe her a damn penny.

"She was working for my cuzo. She asked me to give a her job and so she worked for her and akaitiwa pesa. Now ana assume she worked for me," Lisa defended herself.

But Shii rubbished these claims saying Lisa is a liar and that she worked for her and even gave us the location of her house adding that she did not interact with anyone beside Lisa and her 'Kikuyu' boyfriend.

Shii reached out to Lisa via Facebook and inboxed her for a job. That is when they met and agreed on the employment terms.

Shii just wants her Sh 2,000 after her employment deal with Lisa was cut short over a misunderstanding between them.

Lisa still kept to her narrative that her cousin meet Shii and had an employment agreement.

"Waliandikiana she gets paid after 1month but she was fat hata kubanda (sic) stairs was a problem so after 3 days she asked for payment. Akaambiwa atalipwa end month and she was paid that 2 k."

When we asked for proof of payment she said she was paid in cash.

Shii denies she has seen any flipping cent from Lisa that is why she had to take the matter to social media and publicly embarass her, in the hopes that she will get paid.

At the time of publishing this, Shii had still not gotten paid.