Prezzo Desperately Wants Michelle Yola Back. Here Are 7, Out Of Character Things He Has Done To Win Her Back 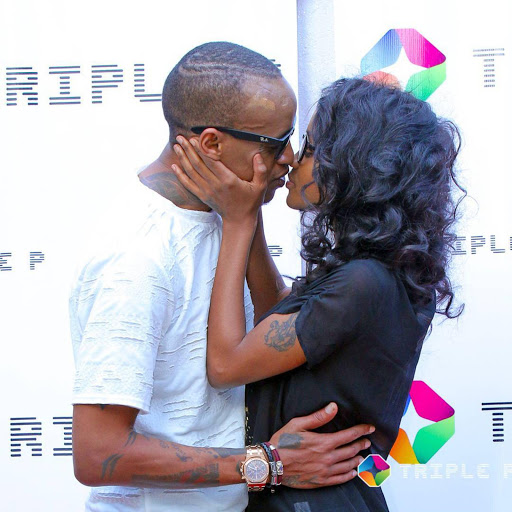 Prezzo confirmed that he and Michelle Yola are on a break. And that it is not the first time, or the second time they have called off their relationship. But rather, numerous times in the two years they have been dating.

He told Larry Madowo on The Trend that they always find their way back to each other.

"I'm damn sure it is not the last time [we have broken up] she is still in my heart, so it is all good," he said hoping that they will sort out their differences. "I wouldn't really say she is my ex...yet."

Here are 7 things Prezzo did to prove that he is now husband material and that Yola should have him back, PRONTO.

He showed up for a TV interview sober

Y'all remember the Betty Kyallo-Prezzo interview that was the talk of town. Prezzo was mad wasted on that show. I'm sure he watches the clips and cringes. Lol.

Anyhow, for his interview with Larry Madowo this past Friday, Prezzo was sober, chilled and coherent.

He did not talk about other women. Not even Huddah

His interview with Betty Kyallo was a disgrace, he was flirting with her live on air. Woi! The scandal! Anyhow, this past interview with Larry must have disappointed the villagers and their pitch folks. Because Prezzo was the perfect picture of maturity. Even when he was asked if indeed he popped Huddah Monroe's cherry, he diverted that conversation to matters of national importance. He asked for Larry's phone and dialed 999. This was his way of proving that Kenya's emergency phone line, 999 doesn't work.

Showed off his tattoo of Michelle Yola

Prezzo won't be going for any tattoo removal procedures any time soon. He still loves Mama Zion and will not let go of her. He even asked the NTV cameraman to zoom into his tattoo with the name 'Yola' emblazoned across his hand.

He explained the 'cheating' drama in detail

Prezzo said, "I did not cheat on her. One problem that i have is that i'm a friendly person so I would talk to ladies in a certain way an it seems like i'm cheating."

Larry forgot to ask him about the d*ck pics, Yola accused him of sending those 'ladies' he was friendly with. But it's all good in the hood. Ameshajitetea.

Heeh! He really wants to get on her good side.

"[Michelle Yola] is a beautiful lady i have been with for two years plus and like any other relationship it is always rocky...I wouldn't really say she is my ex, yet!" Prezzo said.

He showed that he will not tolerate any dude dating Yola. He is not done yet.

Prezzo was categorical when he said that he wants Michelle Yola back.

"We are trying to patch things up. She is still my wife," he said, "Up until I see her with another goon, then i'm going to catch a case and then I have a money hungry lawyer who is going to take the case."

He proved he is husband material

The rapper talking about his charitable plans with the mother and that he is a licensed private pilot but he prefers dabbling in show business.