A US murder trial was shown a chilling video documenting the defendant confessing to killing his childhood friend in an effort to get his hands on her money.

Liam McAtasney is seen in the video describing in callous detail how he killed 19-year-old Sarah Stern as he sang along to the car radio with Anthony Curry in his friend’s car on Bradley Beach on January 31, 2017.

UNYAMA! Kisii Woman Strangled To Death On Her First Date By A Man She Met On Facebook (PHOTOS)

The conversation was filmed just days before McAtasney and an accomplice, Preston Taylor, were arrested and charged with Stern’s.

Police had hidden the camera inside the car, NJ.com reports 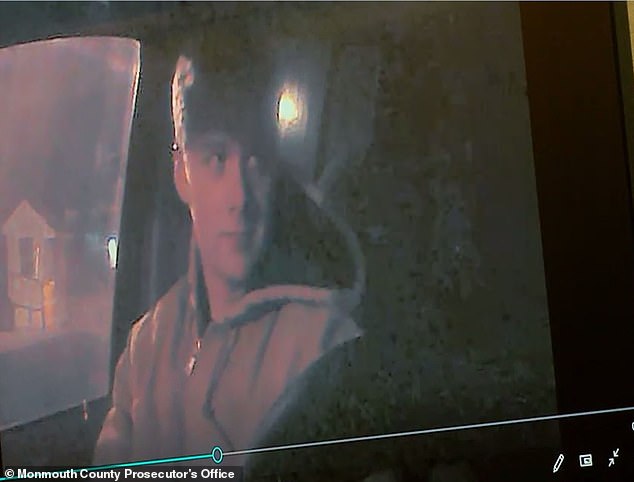 McAtasney said to his friend in the footage:

I pretty much hung her. I picked her up and had her dangling off the ground. It took me a half hour to kill her. I set a timer.

The man also admitted that Stern’s dog presented the ‘biggest problem for him.’ He added in the clip;

Her dog laid there and watched as I killed her. Didn’t do anything.

While McAtasney continued sharing the details, Curry could be heard singing along to Joan Jett’s ‘Bad Reputation’ and Steve Miller Brand’s ‘Rock ‘N Me.’

‘To keep my mind off it. That’s what I always do,’ Curry admitted in the Superior courtroom on Thursday.

Curry came forward to authorities in January 2017 after his father contacted a retired officer from the Bradley Beach department.

He testified that McAtasney first told him of his plans to strangle Stern on Thanksgiving in 2016.

At the time, he hadn’t thought much of the conversation but grew worried when he learned that the woman had been reported missing on December 3, 2016.

Curry had attended high school with both Stern and McAtasney.

The witness said that McAtasney expressed disappointment when he learned that he hadn’t gotten the full $100,000 he thought he was getting.

Businessman kills mother-in-law, hangs himself after wife left him in Kitui county

McAtasney said in the video:

He would later add:

I didn’t get a lot of money but I got enough to live comfortably in my house and throw parties all the time.

Employees from the Kearny Bank testified that Stern’s money looked to have ebeen printed in the 1980s and was no longer in circulation.

Both Stern and McAtasney had been in the victim’s second home in Avon-by-the-Sea when she found a shoebox full of cash that had belonged to her deceased mother.

After Stern’s disappearance, Curry said that he and McAtasney corresponded on Snapchat because of its ability to get rid of messages. Curry videotaped the contents from those messages.

The messages led Monmouth County Prosecutors to obtain a warrant for consensual recording. Curry then worked to lure the suspect to his car by saying that he needed money for a new camera.

Curry suggests that McAtasney has ‘bread,’ to which the suspect retorted: ‘I need to tell you in person. I’m not trying to be a d—. I have $5,000 and I’m unemployed. … My cash is low quality, they won’t take it. That’s all I can say.’

But according to McAtasney’s lawyer, Carlos Diaz-Cobo, the man was just trying to impress his friend by coming up with the story.

‘The statement to Anthony Curry is not a confession,’ Diaz-Cobo said. ‘It’s an elaborate lie, it’s an audition. It’s a script. It’s not true. … A young, immature boy decided he was going to use this unfortunate disappearance and make up this story.’

Curry admitted, during cross examination, that his friend had a tendency to share fabricated stories with him and that the two often talked about movies together.

Betty Kyallo to Betty Bayo: Kenyan celebrities who have learnt the art of co-parenting

She is back! Rose Muhando to drop album in June

‘He had cardiac arrest’ Grace Msalame and family pay tribute to...

‘She has a date with her dad,’ Betty Kyallo finally patches...

Photos of Bishop Margaret Wanjiru after being discharged from hospital

Dance with the angels! King of twist John Nzenze dies

Funny But Inspiring, Kenyan Celebrities Reveal What They Were Paid For...

Love bombing: Red flags that should make you flee from a...