• Film and TV stars came out to celebrate each other.

• Abel Mutua walked away with 6 awards. 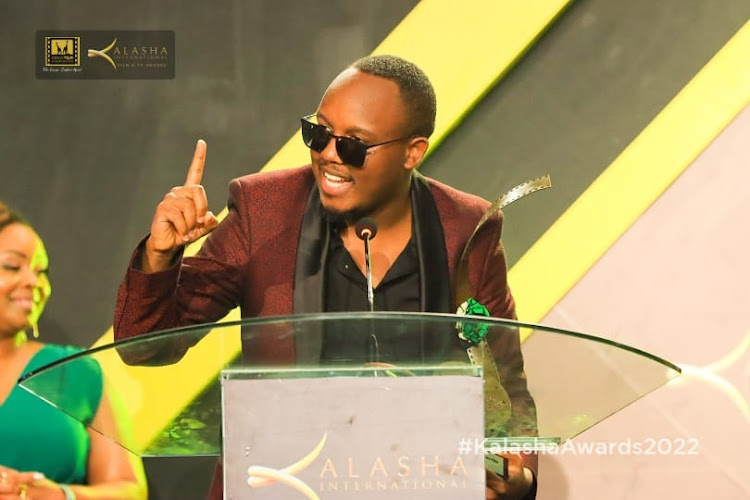 He walked the red carpet and the glitz he oozed caught our attention. He said his tailor aims for perfection.

"Hatari sana ikifika mambo ya suti hivi, amenipiga shati safi" The shoes he wore cost 13k, the blazer was sh6k, the shirt sh3k, the trouser 2,500k, and the shoes were the most expensive, costing 13k."

The film and TV awards were held on Saturday, December  3 with Abel telling Mpasho's Dennis Milimo that he was honoured.

Abel had some timely advise to film producers for 2023. He encouraged them to involve filmgoers when premiered a movie

He also dished free advise about budgeting for movies, insisting that a marketing budget must always be included.

"One of the most crucial items in your budget must be for sales and marketing. Lazima cinema ifikishwa kwa wananchi. Otherwise hakuna kitu tunafanya, and furthermore we won't be building a film culture locally if we do it for ourselves as filmmakers."

Mutua and his team have been on several county tours where he has learnt that mashinani is ignored in filmmaking premiers.

He has been to Eldoret, Nakuru, Mombasa and intends to expand his reach.

"Lazima presence yako ikuwe felt kwa ground. You must go to the ground."

Actor and film producer Abel Mutua is seriously taking the film industry by storm after winning numerous awards at the Kalasha Awards that took place ...
Entertainment
2 months ago
WATCH: For the latest videos on entertainment stories