Njoro wa Uba explains why he never expected to bag the win.

• He said he was honored to start the show and that the motive behind that was only but to articulate what the taxi drivers normally go through. 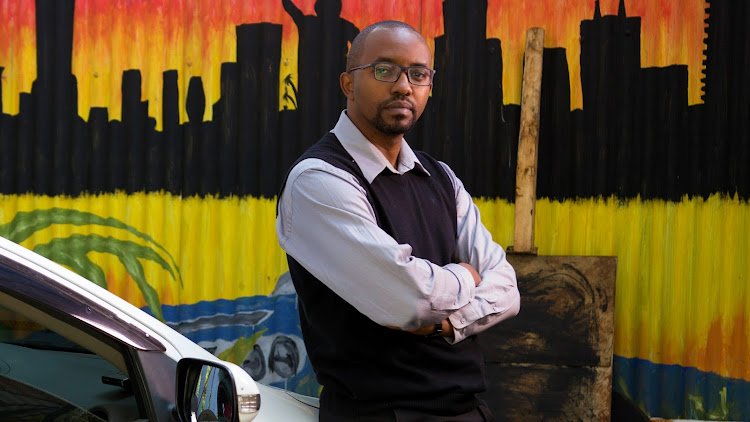 In an interview with Mpasho, the thespian said that people's good and bad comments make him put more effort into his work.

He said that bad online comments, in particular, make him even produce more content.

The veteran actor proved the adage that one shouldn't take or let someone's negative opinion of them become their reality.

"Thank you my fans, we see you, we see your comments on social media every single day, both positive and negative. Those negative comments are the ones that make us grow better and better."

Njoro identified by his stage name explained that he has never been a taxi driver. He stated clearly that his role is only acting and that his managerial team is the ones who interact with taxi drivers and later emulate the content on the show. He continued;

"Njoro wa Uba has never driven a taxi, it's just a character, its the producers and writers that meet the taxi drivers to get their stories. It's basically a real story. So me as an actor I embody the taxi driver from the raw material given."

He said he was honoured to start the show and that the motive behind that was only to articulate what taxi drivers normally go through.

Joe added that he was not so sure about the win as he had no expectations either way. To him, the competition was so stiff as there were more well-known and loved actors than him.

"It has never been a sure bet, the category I was in had seasoned actors, big wigs, and people with talent and experience. I came knowing that this would go anywhere," he finished.

On Saturday, December 3, 2022, all roads led to Safari Park Hotel for the 12th Edition of the Kalasha International Film and TV awards (2022)
Entertainment
2 months ago