Sam West: Why you shouldn't be so quick to leave a cheating partner

infidelity can either be physical or through chatting,texts or calling a man/ woman who is not your partner.

• While some couple decide to part after infidelity others choose to stick together and work on their problems. 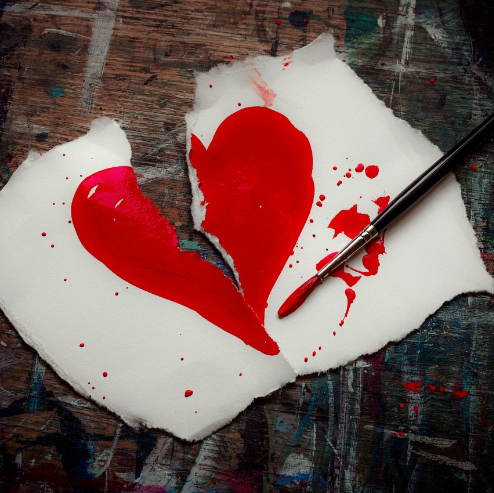 Heartbreak. Sam West says one should not be quick to dump their partner because they cheated.
Image: Photo for class

Would you leave your partner for cheating on you? Different couples handle cheating differently. While some prefer to walk away from the relationship others choose to work on their union.

Speaking exclusively to Mpasho, motivational speaker Sam West says that before a couple breaks up over infidelity, there are things one should consider.

"The Bible allows a couple to break up if there is infidelity involved. But before a couple breaks up, It is good to understand the underlying issues. There has to be a valid reason why someone cheated in the first place, everyone deserves a second chance."

Sam added that it was important to self-internalize and see if you contributed/pushed your partner to cheat.

"You should also look at yourself and see if there is something you did to push your partner to cheat on you. You might pick someone else and the same problems that made your partner stray might appear again. If it just lust, Murife ruuuun."

In the local scene, there have been celebrities who decided to work on their marriage despite their partners publicly cheating on them.

In 2015, Creme whose real name is George Njuguna went viral after an intimate video of him and another woman went viral.

He is married to Denise, the mother of his kids.

In 2020, Photos of DJ Mo and another woman emerged. This came as a shocker to many given the couple is seen as role models in society.

This made the DJ lose his job as a TV host with a local station.

Many expected the couple to part ways but they did not, they are still together and more in love than ever before.

Terence Creative was also not left behind, he cheated on his wife Milly Chebby with environmentalist Anita Soina.

The couple is still together despite the cheating scandal.

Edday who is the wife to Samidoh has stuck by her man despite him cheating on her with Nominated Senator Karen Nyamu.

'My heart is so heavy....' Vivian confirms breakup from her hubby Sam West

Efforts to contact Sam West have been futile.
Entertainment
1 month ago

'Murife run...' Sam West reveals why he broke up with Vivian

Sam West now says sometimes one has to exit a situation for their own peace of mind.
Entertainment
1 month ago
WATCH: For the latest videos on entertainment stories