Nameless hints at wanting another child after 3 years

Nameless and Wahu have three children

• Nameless stirred debate on doing a vasectomy after he welcomed his third child a few weeks ago.

• Wahu also said the couple is done with having babies. 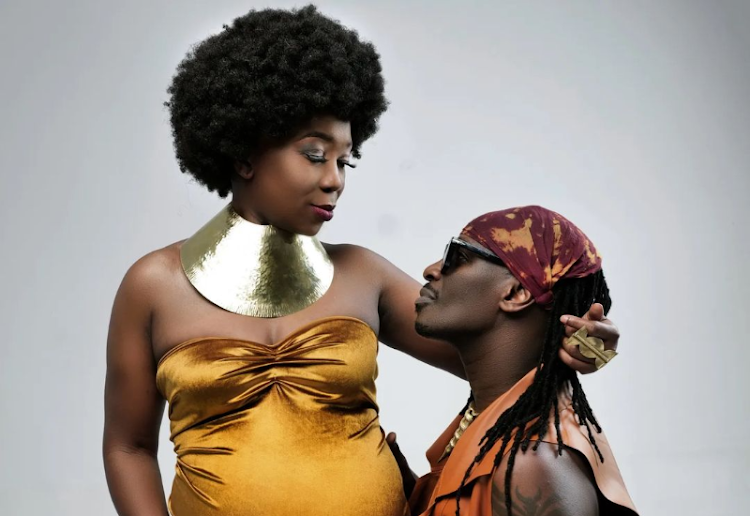 Wahu and Nameless. the couple has had the same nanny for 16 years.
Image: Instagram

Singer David Mathenge, popularly known as Nameless, has stirred debate on doing a vasectomy after he welcomed his third child a few weeks ago.

The father of three recently hinted that he would opt for a vasectomy since he is done having children.

The couple has been under pressure to welcome a baby boy.

Nameless told Mpasho's writer Elizabeth Ngigi he would never go for a permanent method of family planning since his philosophy is "never say never".

"I look at everything positively. I had the conversation on my page just to see what my fans think about the whole issue," he said, adding that as a public figure, he wants to talk about various topics on his social media platforms.

Nameless said he has, however, learnt to keep some things personal.

He said the family planning methods he uses are one of the things he would never tell the public about.

"We influence a lot of people on some decisions we take as celebrities and if I ever had a vasectomy, I would never speak about it," he said.

Asked to speak about his take on the method, Nameless said he likes flexibility.

"If it is scientifically proven that it can be reversed, I could probably do it just the same way women go for various family planning methods that are reversible," he said.

He said he would investigate it, although there are other ways that are not permanent that he would opt for.

"You never know about the future. Three years later, we might decide we want another baby when we are in our 50s and if my wife Wahu is still fit for it," he said.

In a recent interview, Wahu also said the couple is done with having babies.

Wahu had always wished to have three children.

"I used to hear people and other women say am done and I used to wonder, what is that feeling of being done, coz I never had it," she said.

"All these years coz I also have friends who would say they would even 'remove my uterus coz I am done. I was like, gosh, what is that feeling? Coz I always wanted another child. I finally know that feeling of I am done."

Vasectomy is an elective surgical procedure for male sterilisation or permanent contraception.

Speaking to an interview with Mpasho's writer Elizabeth Ngigi, earlier today, Nameless said his parents frequently need to be checked on as they are ...
Exclusives
4 weeks ago

Couple Nameless and his wife Wahu have updated their fans on how their third child Shiro is doing.Through his Facebook page,
Entertainment
1 month ago
WATCH: For the latest videos on entertainment stories