The artist was taking care of his parents

• Nameless did not attend an artiste press conference.

• Among those who attended the press conference were pioneers in the music industry. 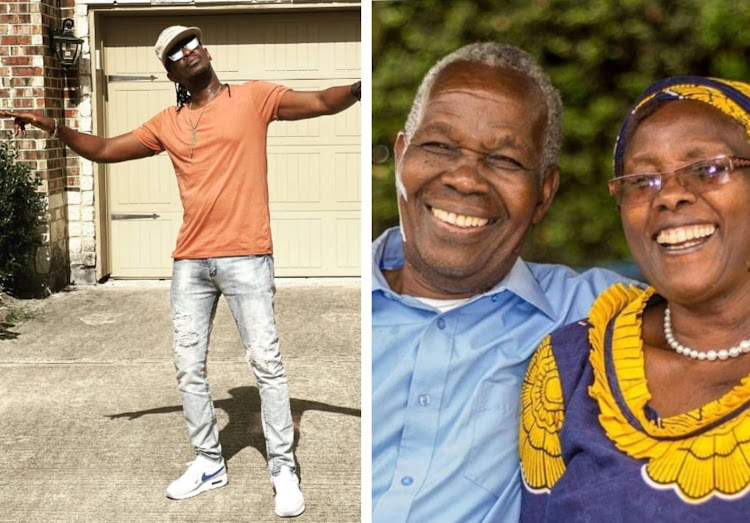 Those who attended the press conference were pioneers in the music industry like; gospel singer Esther Wahome, Rufftone, Jemimah Thiong'o and Rufftone among others.

While speaking to journalists, Rufftone encouraged the importance of artistes being united.

He said most of the pioneers are always united and that he had involved many of them although some did not turn up.

Rufftone said he had talked to Nameless who said he was visiting his mum was was unwell.

"If Nameless did not know there was this meeting, then we could not have known his mum is unwell. We believe musicians are united. I have spoken to other musicians like Jua Cali, Redsan among others. I must give it up to even secular artistes for attending this meeting," he said.

Speaking to an interview with Mpasho's writer Elizabeth Ngigi, earlier today, Nameless said his parents frequently need to be checked on as they are aging.

"I have supportive siblings and we have decided that on weekly basis, we have to go see our parents. They need us so much since they are aging. My dad is in his 80s and my mum is also aging. I am on my way to take her for clinics," he said.

During the meeting, Singer Boss MOG encouraged other artists to always come out and fight for their rights when their stars are still shining.

"If you can't speak out when you are at the top, nobody will listen to you when you are down. It is high time artists like Bahati, Sauti Sol, and Willy Paul attended this kind of meeting. You will be replaced and we need to correct the system as a whole."

Couple Nameless and his wife Wahu have updated their fans on how their third child Shiro is doing.Through his Facebook page,
Entertainment
4 weeks ago

Singer Nameless planning for a vasectomy

Singer Nameless is opting for a vasectomy after welcoming his third child with his wife Wahu Kagwi.
Entertainment
1 month ago

Nameless reacts to Eric Omondi playing his music in Parliament

Eric Omondi had a mini performance that he termed 'First ever Kenya music concert at Parliament buildings'
Entertainment
1 month ago
WATCH: For the latest videos on entertainment stories