Prof Hamo cries when he prays

Comedian Hamo is crediting his success to hustling and faith

• Hamo believes he wouldn't be where he is right now without faith.

• Prof Hamo told Mpasho's Kalondou Musyimi that faith is a central part of his humor. 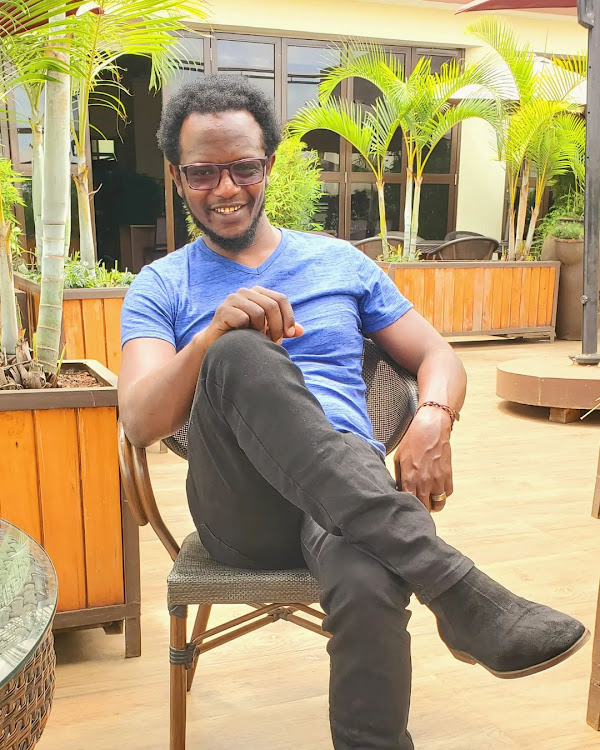 Prof Hamo is one Kenya's comedy success stories. The Churchill protégé said that it's not just his funny jokes that have made him successful. He attributes his fame to another driving force in his life to God.

"God is my friend coz huwezi omoka if you don't have a relationship with God. But you cannot be alone like this, get work, and be successful. Ata kama wewe ni wa wash wash lazima utafute mtu wa kuworship."

Prof Hamo has not really been open about his faith, however, when asked about his religion in an interview, the rib-cracking comedian was more than happy to open up.

"So I follow God and I love God that is who has made me who I am to make people laugh 10 million people at once on a Sunday is not easy unless God is going with you."

At the launch of the laughing matter by Churchill earlier this week, Prof Hamo told Mpasho's Kalondu Musyimi that faith is a central part of his humor.

"Mungu ni mwema thats the beauty of it. I grew up in a family where my father was in the army and every day we had to pray as a Catholic, There was an altar my dad was creating in our home, every night and if you slept before praying, he would wake you up. So that is where I started."

On the exclusive red carpet, Hamo also admitted to losing hope and forgetting his religion. Reason being;

"Prof Hamo kidogo akachanganya na town kidogo then he came back. Tonight is a rebirth because my relationship with God has been shaky kidogo kuna mahali nilifika nikamwambia leave me alone for a bit."

He told God he didn't need him anymore because work flowed in. He blamed that attitude on feeling meaningless in his life at the time.

The stand-up comic admitted that he cried when he prays, a testimony to his faith. He has a definite respect for spiritual things, and God holds a special place in his heart.

'I use to pray before I go on stage and I feel his presence but then I found myself without time to pray time ikapotea, I'm too busy that's when you are attacked uko too busy."

Hamo suddenly felt so alone and made the decision to return to God. "And things started changing tu things have happened yani."

The Actuarial Science student in JKUAT, started comedy when he joined campus in his first year.
Entertainment
1 month ago

Facts about Vinny Baite after gifting himself brand new car

Vincent Mutweri aka Vinny Baite is a proud Meru comedian who got his fame from his ‘Hauwezi elewa slogan’ and ‘Achana nayo’ which he uses in almost ...
Lifestyle
1 month ago
WATCH: For the latest videos on entertainment stories