Mambo Mbotela: My Dad almost killed my dream of being a Journalist

•  Leonard has been in the media industry for over 40 years.

• He is famously known for his show, 'Je hu ni ungwana'. 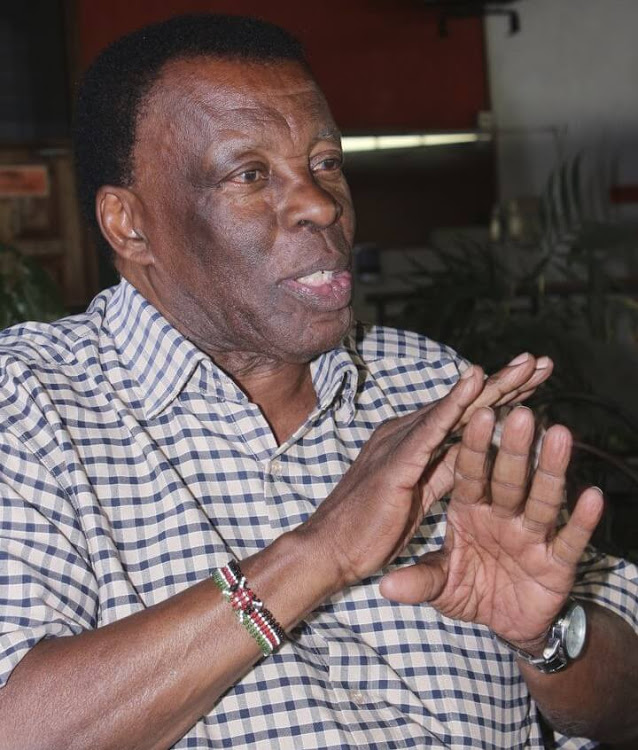 Leonard Mambo Mbotela. The veteran radio presenter revealed his dad didn't want him to have anything to do with media
Image: The-Star

Legendary radio presenter Leonard Mambo Mbotela in an exclusive interview with Mpasho's Hannie Petra candidly revealed that if his father had gotten his way, Leonard would never have set foot in a media house.

Starting off the interview Leonard confirmed that he was in good health and had fully recuperated as he took the moment to yet again thank former president Uhuru for helping clear his medical bill.

On how he started his career as a journalist Leonard said, "I started back in 1964 when KBC was known as VOK as a program assistant.

"I was very impressed by the old broadcasters and I really wanted to be like that."

Leonard went on to add that he'd had an insatiable hunger for doing broadcasts ever since he was in high school. I received a letter for me to join the presidential 7 years.

"Since I was in school I'd dreamed of doing broadcast but my father was so against it," the veteran journalist revealed.

Giving depth to that he said that his late mom helped talk his father down to allow Leonard to follow his passion.

"My father did not want me to go into broadcasting at all, he was so much against it. He thought that nothing good could come of it.

My father thought ilikuwa kazi ya wakora, he wanted me to do anything else minus that.

But I asked him one question, if he ni kazi ya wakora basi mbona tuko na radio? But my late mother told him no, I think this will be good for him and he'll do a good job. Let him join the media," to which his father reluctantly agreed to it.

And the journey to the great Mambo Mbotela of the legendary 'Je, huu ni ungwana?' was born.

But it wasn't a smooth journey.

He was in several departments before he landed his spot on the radio.

"I was a continuity announcer as well then I got promoted to a producer then I went to BBC for training then when I came back I was promoted to head of Kiswahili service." Revealed Leonard outlining all the posts he's held as people mostly assume he was just a presenter.

Famously known for his rhetorical and unique question, "Je huu ni ungwana" Leonard has been a radio presenter at KBC Channel 1 and at KBC radio Taifa since 1964 which is a whole 40 years!

Among his pioneer shows are Uhalifu Haulipi, Ongea Lugha Sanifu, and Waliosifika which he hosted all in Kiswahili, at the same time presenting news at Voice of Kenya before joining KBC.

He got honoured as a Kenyan Hero on 5th August 2022 by the former Cabinet Secretary for Sports, Culture and Heritage Amina Mohammed when he was appointed to the National Heroes Council, a position he will hold for 3 years.

He later returned to KBC after serving Moi and has remained a household name even after retiring in 1997 after being the chief editor for radio shows at KBC.

Famously known for his rhetorical and unique question, "Je huu ni ungwana" radio veteran Mambo Mbotela has been honoured and is now a member of the ...
News
2 months ago

'He thought I was stupid!' Mambo Mbotela on how he was almost conned

'He thought I was stupid!' Mambo Mbotela on how he was almost conned
Lifestyle
3 years ago
WATCH: For the latest videos on entertainment stories