Samidoh is famous for Mugiithi songs

• Samidoh serves as an administration police officer but is famous for his music career. 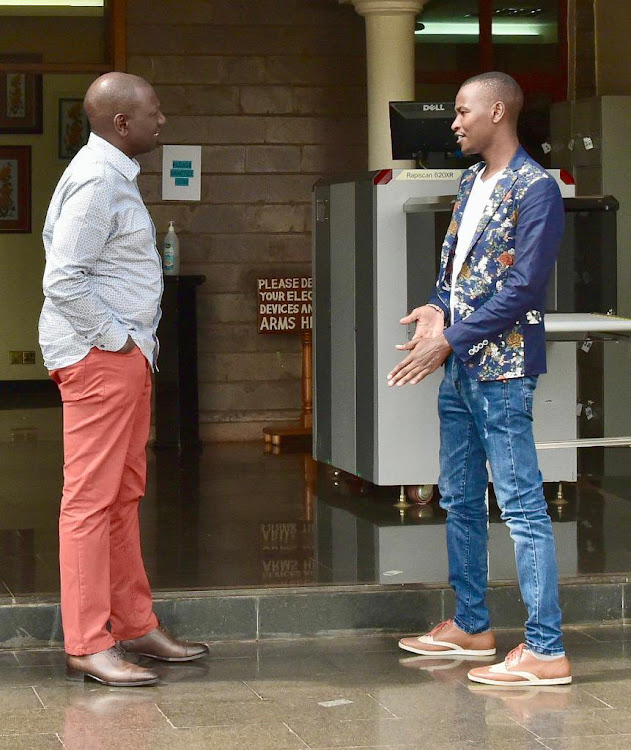 Samidoh serves as an administration police officer but is famous for his music career.

He is also famous on our online platforms for his love life and for being involved with a politician, Karen Nyamu.

A few times, the popular Mugiithi artiste has been seen dining with politicians either for work or when supporting the politician.

For example, when Karen Nyamu was taking the oath of office, Samidoh attended the ceremony in Parliament.

Also, during the Presidential inauguration, Samidoh attended the after-party event at Statehouse where he took photos with various politicians.

A few years ago, Karen Nyamu shared a photo of herself standing next to President William Ruto and her baby daddy, singer Samidoh Muchoki.

Karen said the photo was taken during their visit to the hustler's former mansion in Karen.

Well, speaking to Mpasho's Elizabeth Ngigi, Samidoh was asked whether he has plans to ever join the political world in the future.

Samidoh said he could not predict the future although he likes finding new ventures.

"I believe in finding new ventures every day," he said.

During the interview, Samidoh talked about how he deals with his haters.

According to the father of five, haters would only bother him if they took away his blessings.

"Haters will always hate and are meant to be there for life to balance. They would only bother me if they can take away my blessings."

Samidoh is preparing for a tour in the US for two months.

"My second US tour begins October 22. My first tour was great and well-received. We are going to the states that we missed out on in our previous one."

Samidoh playing with his daughter with Karen Nyamu (video)

Karen Nyamu's fans: "Did I hear samidohs voice or it's my ears that is betraying me?"
Entertainment
1 month ago

Samidoh wishes his mum was still alive to see the man he has become.
Exclusives
1 month ago
WATCH: For the latest videos on entertainment stories

Samidoh playing with his daughter with Karen Nyamu