• Samidoh's mum passed on when he was still in school.

• Samidoh did manual jobs so as to help his mother by working on other people’s shambas for money. 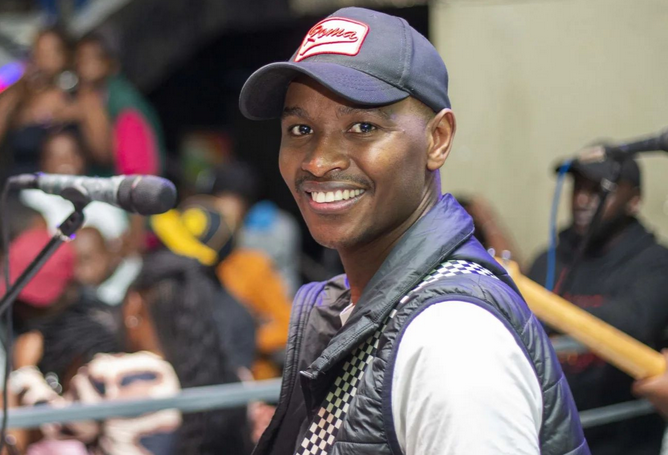 'I used to sing in crusades', Samidoh opens up
Image: COURTESY

Mugiithi singer Samidoh used to sing with his late mum Wairimu in the church and crusades.

Samidoh known for his prowess in the Mugiithi sector credited his success in the music industry to his late mum.

Samidoh's mum passed on when he was still in school.

When he was in Primary school, Samidoh did manual jobs to help his mother by working on other people’s shambas for money.

He said his mum mentored him by singing along with him in church and crusades.

"I wish she was alive for her to see how her prayers molded me and kept me going," he said.

"Music has always been a talent that I am passionate about I just wanted to express what I have and the trending all came by a surprise all through God’s favor."

He said his journey can be described as a manifestation of God’s Grace and favor.

"For someone not known to produce the first song and to become a hit, I can’t account for anything else," he said.

Samidoh is preparing for a US music tour for two months. He said despite music being a talent he is passionate about, he wanted to express it to people and by God’s favor, people liked his work.

"My second US tour begins 22nd October. My first tour was great and well-received. We are going to state that we missed out on our previous one."

He said Kinuthia's music and his songwriting skills were on another level.

Anything he wishes he did better, Samidoh said;

"Being more vigorous in producing more music and in other forms of investments," he said.

Sonko demands for payment for connecting Karen Nyamu to Samidoh

Fans have described Samidoh's wife Edday as an epitome of an true African woman for sticking with her man regardless.
Entertainment
2 months ago
WATCH: For the latest videos on entertainment stories