Tanasha Donna hits back at blogs twisting her facts

• Tanasha said she has a problem with bloggers using clickbait.

• Tanasha made headlines, and insinuated she would not do interviews anymore. 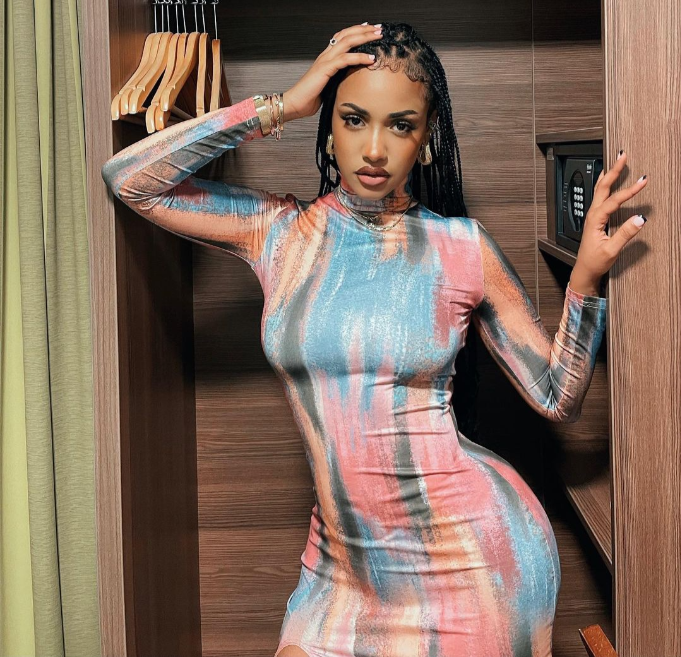 Over the weekend, Tanasha Donna joined a host of Naija actors and actresses for the premiere of the movie, 'Symphony', her acting debut.

Speaking to Mpasho's Kalondu Musyimi, Tanasha gushed about appearing in several scenes in the movie.

"I think I got a round three or four scenes. I really loved every single scene. I'm so excited. This is fun for me."

Tanasha missed a private screening of the movie in Lagos explaining that she was in Europe at the time.

Miss Donna also expressed hope that she will feature in more movies. "Why not, for now, I can't predict the future," she said.

During the interview, Tanasha also hit out at bloggers for what she calls 'twisting facts about her.

Just recently, Mama Naseeb made headlines and insinuated that she wouldn't do interviews anymore. Was there any truth to this?

"I didn't say I won't do interviews anymore. I had a bad experience with a blogger who had been begging me for an interview for some time and I didn't want to come off as full of myself and whatnot. So I accepted to do the interview and send me questions and bear in mind 90 percent of those questions seem like they were revolving around my craft you know."

The 'Gere' singer told Kalondo that this made her unhappy and is well aware that the internet likes controversy.

"And this is why I mentioned bloggers like Millard Ayo. When you look at what they are posting it's just a whole lot of positivity and you don't see them doing the controversial nonsense that a lot of blogs do especially. And I'm not saying all blogs there are so many blogs out there by the way that I vibe with."

The former model also explained that she is cautious because of how people twist facts.

"That are really journalists who I feel like are really genuinely interested in my craft, not controversy, who I'm dating or what not because I feel like there is way more to me than that and I'm a creative and it's high time that people start to channel their focus towards that."

Tanasha confessed that she was aware that her personal life is what most people are interested in but urges fans to focus on her trade.

However, Tanasha is now working on engaging more with her fanbase.

It's a work in progress and I still wouldn't tell people to expect my whole life on social media that's just not me I'm actually a very private person and I like to still guard that privacy to some extent, it gives me peace."

Tanasha Donna gets candid about beign born abroad to an Italian dad and a Kenyan mum, and travellign between Africa and Europe
Entertainment
5 months ago
WATCH: For the latest videos on entertainment stories