Koome was appointed Judge of the Court of Appeal in January 2012.

• She is a mother of three. 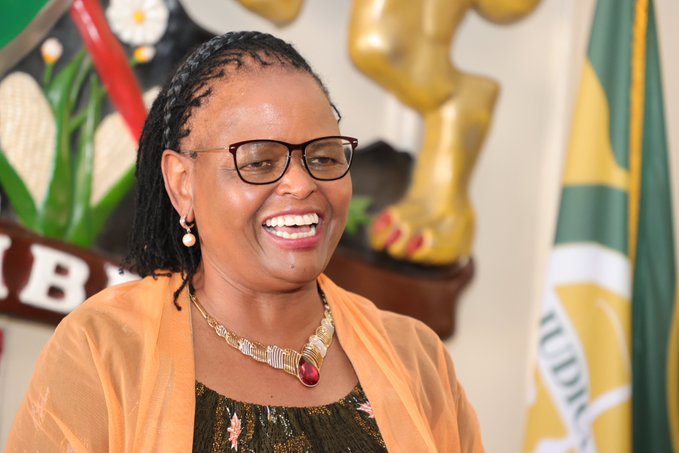 Martha Koome She has been presiding over the Presidential results trial.
Image: Judiciary

Justice Martha Karambu Koome is a woman loved by many. She is not only learned but classy as well.

On May 21st, 2021, Koome was sworn in as the country’s Chief Justice and President of the Supreme Court of Kenya.

She became the 15th Chief Justice and the first female to ascend to the highest judicial office in Kenya’s history.

Below are things you did not know about her.

1. She is among the 7 judges expected to make a ruling today on the Presidential ruling.

2. She was born 62 years ago in Kithiu village, Meru District.

3. Koome is married to Koome Kiragu and together they have three children.

4. She is the current Kenyan Chief Justice and President of the Supreme Court of Kenya.

5. Koome is a University of Nairobi Alumni.

5. She holds a Master’s degree (LL.M) in Public International Law from the University of London in 2010.

7. Martha is an acclaimed expert in family law and she takes a keen interest in the welfare of children.

8.In 2020, She was a runner-up in the United Nations person of the year award.

9. In 1995 she was appointed by the African Union meeting of heads of states as a Commissioner to the African Committee on the Rights and welfare of children.

10. Martha has also served as the Chairperson of the National Council on the Administration of Justice special task force on children matters where she helped steer the review of the Children’s Act.

11. Before her appointment to the Court of Appeal, she served as a Judge of the High Court of Kenya for over eight years.

12.She was elected the Chairperson of the Kenya Magistrates and Judges Association.

the Supreme Court Judges posed questions, sought clarifications and engaged with the lawyers on a matter of issues.
Entertainment
5 months ago

Prof. George Wajackoyah arrives at the Supreme Court of Kenya for the Pre-Trial Conference
Entertainment
5 months ago
WATCH: For the latest videos on entertainment stories

Verdict on presidential petition to be issued at 12pm