• Madocho was unveiled as the ambassador by NCIC chairman, Samuel Kobia.

• He is a performing artiste whose songs are mostly in sheng. 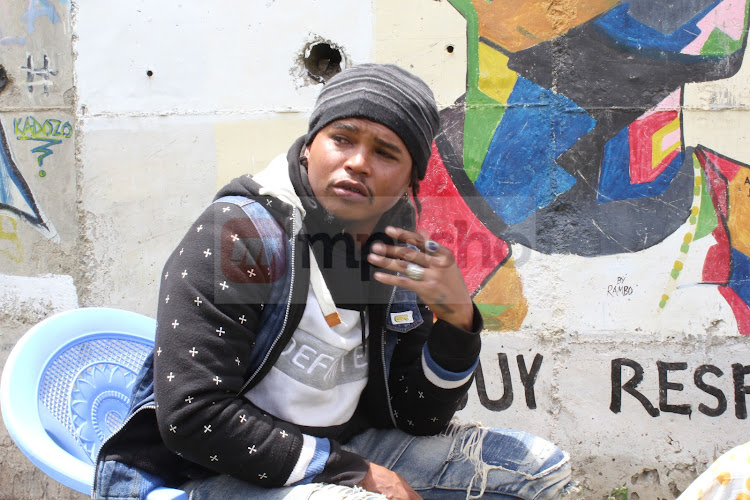 Dandora sheng Master has told off critics saying he didn't deserve the Ambassadorial job given to him by NCIC.

In an interview with Mpasho.Co.ke he says he is not bothered by people hating on him.

"I felt very good after the appointment. The wise men said that Only God knows so and Only God says so. I am very positive no matter what people say.

I was taught that no matter what people say it does not stick on you, People will talk but by the end of the day, I was chosen because I deserve it. Why talk badly and it is not you who was chosen?"

Madocho says at some point he hopes to get out of the ghetto adding that even if he moves he will still be coming back.

His advice to the youth?

"We should not fight just because one party wants to have more stakes than the other. People should not be lied to just because they are being given goodies. Vote wisely, at the end of the day our lives are important. Life in the ghetto is hard."

Madocho says his family is still learning how to speak sheng adding that they mostly converse in English.

"They speak in English, Sheng is something foreign to them. When I speak they treat it as comedy. I loved Swahili back in Primary school, but when I got to high school I became interested in English."

On how they come up with sheng words, Madocho responded,

"When we come with a new word we release the words to the street and push it. Different places have different sheng languages, we exchange words used by other communities and use them in our 'dictionary."