Pritty Vishy's mentor is Diana B

• "I love Fredrick the Nollywood actor. He is tall light and handsome. He gives me goosbumps. When I watch his movie...that is it." - Pritty 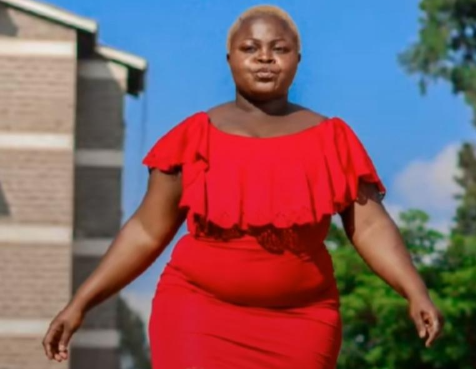 Stevo Simple Boy's ex-girlfriend has opened up on her mentors and male crushes.

In an interview with Mpasho, Pritty disclosed;

"My celebrity mentor in Kenya is Diana Bahati. I just love her vibe. Even when you show hate to her she brushes it off and shows you she doesn't care.

In Nigeria I love Mercy johnson. Like you have seen in the two, they are crazy so I just love being crazy."

On her male celebrity crush in Kenya, Pritty says no one meets her qualifications. But there is one apple of her eyes in Nigeria.

"I love Fredrick the Nollywood actor. He is tall light and handsome. He gives me goosbumps. When I watch his movie...that is it."

We played a little game, and here is Prity's list of Smash or Pass.

Mulamwah - "Surely don't even mention him. Pass and pass why did you even put him there?"

KRG the Don - "Surely, he is light and he has womanly features. Pass"

Harmonize - "Aiiii noo maybe just the money he has so i can smash."

Jamal Marlow "Aiii surely I'm big and he is big where are we going to take each other? Pass. I haven't body shamed anyone."

Bien "Smash because he is tall."

Otile brown - "Walalala if it wasnt that he was a light skin I would smash but because he has money let me smash. How is a man light skin? How?"

Diamond Platnumz - "Pass he has many wives"

Thee Pluto - "Pass what would I be doing with him?"

Stevo Simple Boy - "Was it a must you put him on the list? I won't even say anything because I'm angry at him."

We played, Smash or pass game with Simple Boy's ex-girlfriend, Pritty Vishy na weeeh shots were fired to the light...

"The next time she poured water down and scattered ash on the mattress." -Pritty
Lifestyle
2 months ago

Stevo has been having problems with his management.
Entertainment
2 months ago