Steve Okinyi has mastered the art of music, service to God and country

• Singing cop Steve Okinyi narrated, "At the time my rent was Ksh 300, I saw real hell during those days but see me today even the same parents who abandoned me wonder how am making it." 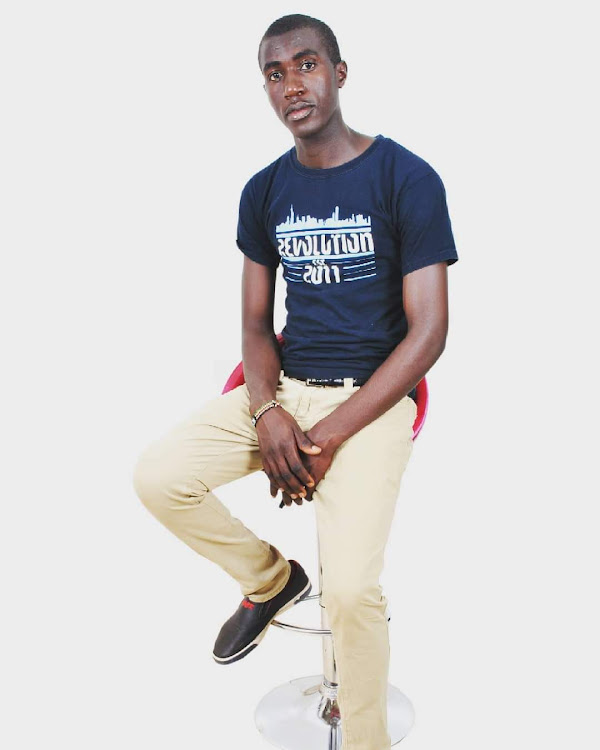 Barely in his teens, singer Stephen Okinyi, alias Mang'ana, was chased out from his home to fend for his life.

At 13-year-old, Okinyi had to make decisions that a child should not have to.

Speaking to Mpasho, Okinyi who is now a police officer at Kabete sub-county, said he's tried to make peace with his father but he has pushed him away.

"God walked with me during the time my parents separated both of them left me home alone, at this point I was just 13 years old only a month was remaining to sit for my KCPE that was back in 2010," Okinyi told Mpasho.

He continued, "From then I lived my life alone till I did my KCSE in 2014. At least my sisters paid for my school fees and rent.

At the time my rent was Ksh 300, I saw real hell during those days but see me today even the same parents who abandoned me wonder how am making it."

Okinyi mused, "I tell you it's just by God's grace. If not for him, I don't know where I would be."

He explained, "The song is all about how God can change your life from grass to grace and because I have seen him walking with me I now have all the reasons to celebrate."

Despite his rough life, Okinyi is still trying to reconcile with his dad.

"Today, I am a gospel singer. I am trying to make things work with my dad, but he has been pushing me away," he said.

His other songs include 'Amani Kenya' and 'Love Letter'.