• Polycarp, a father of one launched two books dubbed 'Lala Land' and 'Written in the stars'. 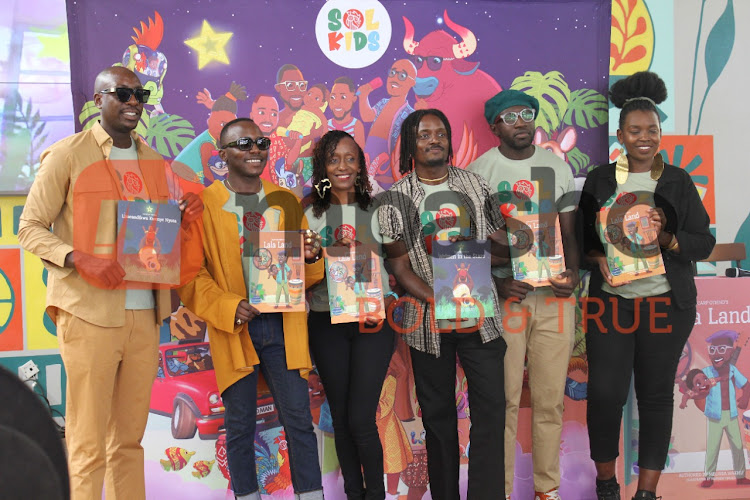 Sauti Sol has expanded their business venture by introducing a new product in town, that being their venture, Sol Kids.

The boy band, made of Chimano, Bien, Savara and Polycarp on Wednesday were all at the launch.

Polycarp, a father of one, launched two books dubbed 'Lala Land' and 'Written in the Stars'.

Speaking during the launch, Bien said the aim of Sol Kids is to make content for African kids.

Bien explained that the group started Sol Kids as they wanted to digitalize and immortalise African storytelling and to make sure kids get to know it from their fellow Africans.

"There is very little kids content for Africans on this continent. It is always an initiative taken by some European-funded venture. We are taking the power and doing it by ourselves. We need to own our stories."

As part of Sol Kids, Bien has a comic book called 'The Bald Man' which is already available on Shahara, which is their content streaming app.

"I also have a series coming up. It is about Western Province, where I come from. One of the stories will be about the crying stone that both the Luyha and the Kalenjin tell in their mythologies. . The comic itself costs Ksh 100."

Sol kids will also be made available on a Mobile App.

Why Polycarp Otieno cooks for his wife most of the time

Polycarp is a fantastic cook and he enjoys doing it.
Entertainment
2 months ago
WATCH: For the latest videos on entertainment stories