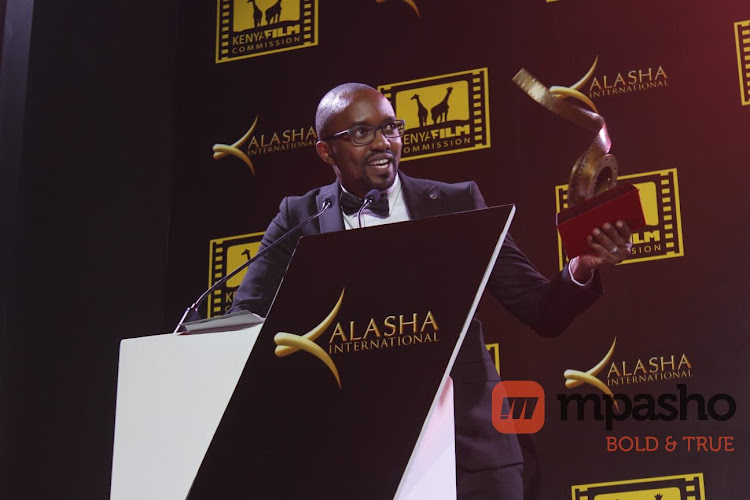 Actor Joe Kinyua has revealed where the idea of 'Njoro wa Uba' drama show emanated from.

According to Joe Kinyua, aka 'Njoro wa Uba' the programme was conceptualized by its producer Lucy Mwangi during one of her rides in a taxi.

Njoro was Uba told Mpasho that Lucy Mwangi wanted to paint a picture of the client-driver conversations that go on during a Taxi ride.

"Our Executive Producer was in a cab...just the way you can strike a conversation with the driver. Through the conversation, he thought of having a show talking about what uber drivers undergo...the stories they get from drivers. Because the driver is a stranger, people feel free to open up," he said.

Njoro, who was crowned the Best Lead Actor In a TV drama at the Kalasha Awards detailed that he finds satisfaction when viewers can relate to his chronicles in the drama show.

"I have met many Uber drivers and I find satisfaction when they say they have undergone one or two things in our show. It shows the programme is a true reflection of the society," Njoro was Uba said.

The celebrated actor said he gets some character ideas through the Taxi rides he takes around the city.

"I believe through our show, at some points Kenyans see themselves, it is very relative."

Azziad Nasenya on why she does not reveal her next move

Azziad, "I believe in working in silence because the moment you start announcing people expect it and you never know..."
Exclusives
1 month ago