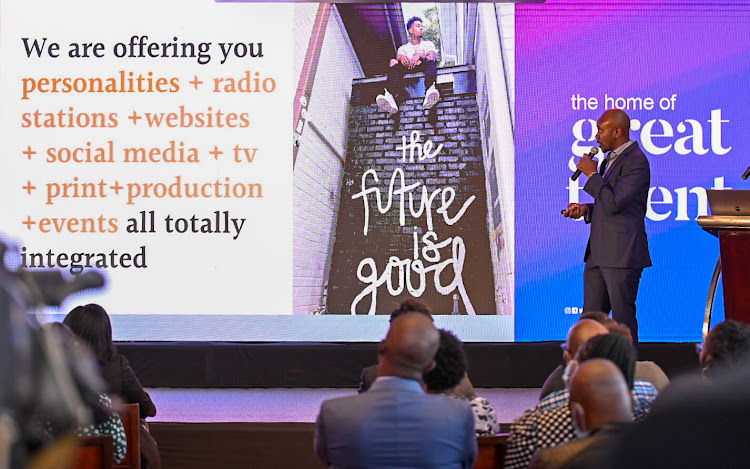 Today, Radio Africa Group - a radio, television and publishing media house - launched their ‘Beyond the Metaverse’ campaign whose target is operationalizing the media for young generations.

Clients can get the digital rates card services through a what's app number 0742555777. They will get an instant report on what they want and the budget.

Speaking at the soft launch of the integrated digital rate card, in Westlands Radio Africa Group General Manager Martin Khafafa said the reason the company dominates is that "it has the best talent."

Radio Africa Group has integrated all its media platforms, from radio, TV and newspaper in its bid, which is aimed at tapping into the online market.

Khafafa said the company has 31.3 million listeners every month as per the October 2021 Geopoll studies.

Khafafa said the company will completely integrate its online and radio platforms.

“We will continue to dominate on radio as we grow our other digital platforms,” he said.

The acting CEO cited the successful Toyota, Safaricom and other campaigns that had been done on the company’s platforms before, in the case study showed that the integration works.