• The song is a dedication to his motherland South Sudan. 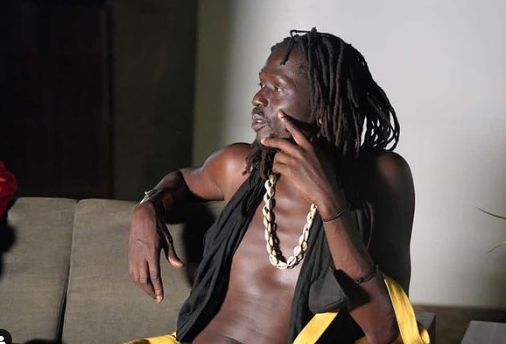 The former South Sudanese child soldier turned political activist and actor described the song as a dedication to his motherland.

"We made a futuristic track just to imagine how the future of South Sudan will be. It goes my country is amazing...Hey Mama," Emmanuel Jal told Mpasho.

The Afro-pop record features Juba musician Check B, a young activist who was wounded as a child in the war and who also uses the arts to promote a positive future for young people.

In his interview, Jal said he clicked with Check B easily, "We sent him the track and he was ready with a verse."

Hey Mama is part of Jal's upcoming album named 'Shangah' that will drop in 2022.

Check B suffered from rejection during his childhood, he fell into hot oil and burnt his hands From then, his father wanted nothing to do with him. People made fun of how he looked, one of his legs is short.

"My music is bringing the village I grew up in, into the mainstream; modernizing the South Sudanese sound, with East African influences and authentic Hip Hop.

I love to tell stories through music and I love music I can dance to. In Shangah there will be love songs sung in Naath language from South Sudan as well as catchy beats and influences that can be interpreted internationally.

Since I grew up in different parts of the world and have travelled as a refugee I mix up languages from my Mother tongue 'Nuer' as well as Arabic, Dinka and English," Emmanuel Jal says.

Khaligraph has joined forces with investors to partner in an accessories shop that is located along Kenyatta Avenue.
Entertainment
6 months ago