Sauti Sol speak on whether they have split up

• "All the songs that are out.. we write them together, produce together." - Sauti Sol 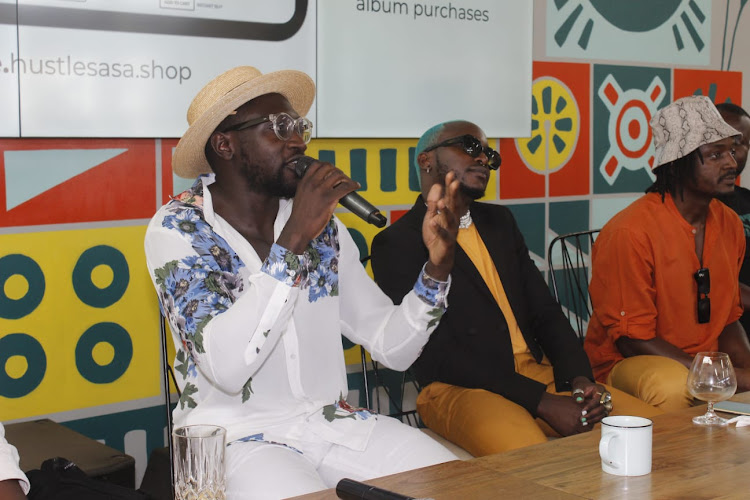 Kenyan leading music group Sauti Sol has denied reports that they have broken up.

A lot of speculation emerged on their split in October after they announced plans to release their own single songs under the 'Alone Together' journey.

During the launch of Hustle, a content platform for creatives, the group denied claims that they have broken up.

They said that many people have been reaching out to them, asking if they have disbanded the group.

"Guys, lets chill. Alone together is about each one of us just exploring their individual selves. We were not born together, we met and became friends. Bien has his philosophies, I have mine... same as Polycarp and Chimano," Savara said.

The singer explained that fans did not know them in person as some even confuse their names,

"All the songs that are out.. we write them together, produce together. In the background we are still together, it's just that one person is spearheading the project," he added.

On Wednesday, Sauti Sol unveiled their partnership with Hustle,a central hub for creatives to manage the entirety of their business from creating storefronts, adding physical and digital products, recording orders, and accepting payments.

While announcing the 'Alone Together' journey, the group made of Bien, Savara, Chimano and Polycarp said it is meant to define their unique personalities.

"Alone Together is a child of the pandemic. The result of deep reflections that we experienced as individuals and as a group... Thus each of us shall enter into our alone phase with a single release by December. This shall be followed by the release of full projects."

Corazon Kwamboka was very surprised when she got pregnant with what would become her first child in 2019.What many might not
Entertainment
2 weeks ago