Why Vanessa Mdee should not dismiss Rotimi's exes so quick

• The ex-girlfriends could be jealous that Rotimi has moved on, and is looking all happy with Vanessa Mdee. 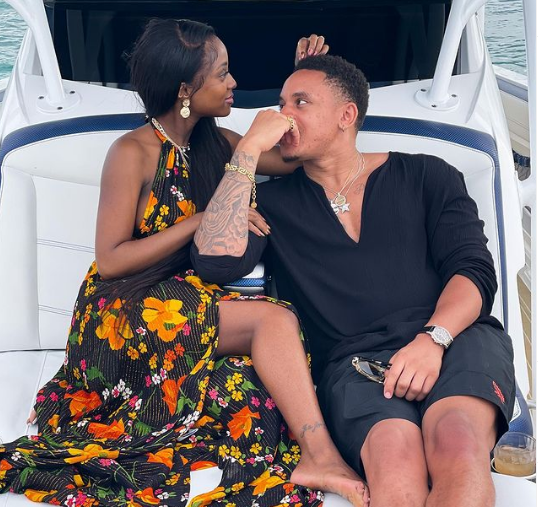 Many are loving the ever growing relationship between singer Vanessa Mdee and actor Rotimi.

The two started dating in 2019, and their relationship grew so fast. In 2020, the couple was engaged, and in 2021, they are expecting their first born son.

Women from East Africa are just envious about Vanessa Mdee, and pray to God to grant them a man like Rotimi.

However, as the relationship grows and is admired by many, the actor's past has become more exposed.

Recently, Kim Oprah, one of Rotimi's exes warned Vanessa Mdee about being too comfortable.

"Don’t get too comfortable sweetheart, I was his everything once too," Kim said.

Years ago, another ex girlfriend of Rotimi gave hints that he was abusive.

Christina Rogers talked about one of his exes who was physically abusive, and all fingers pointed at Rotimi.

The ex-girlfriends could be jealous that Rotimi has moved on, and is looking all happy with Vanessa Mdee.

But what if there is danger ahead and Vanessa is just being served a warning?

Rotimi could be all rosy, and maybe there is a part of him that Vanessa hasn't met yet. The exes could be right about what they are saying.

Why wouldn't Rotimi support the lady in her music career instead of confining her in the USA, and spoiling her with gifts?

A girl got to be independent to some extent.