•Talent manager is multi-talented and has worked with many artistes 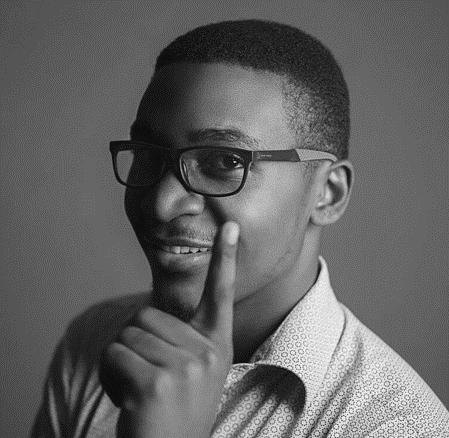 Mr Puaz, real name Joel Vicent Joseph is famed for his role as Harmonize's manager who worked with the singer since 2018 but later parted ways.

The Tanzanian talent manager and an entrepreneur did a few things before managing the 'Matatizo' hit-maker.

Puaz spoke to Mpasho.co.ke and here are five things we found out about him that you probably didn't know.

Well everyone has a starting point on their career right? For Puaz, dancing was his first career in the entertainment industry where he started at the age of 19. He used to win school bags and football just by dancing on the roadshow promotions.

Funny enough, the type of music he was dancing to was Bolingo ( Congo Music ). This got him interested in the music industry and later on joined a musical group called Spice Unity as a dancer and started getting paid around 1 USD (Ksh 100) per dancing show.

2. He was a music producer

While studying Computer Engineering, he started engaging in creating beats using Fruit Loop Studio where he got the skill from one of the Producers in Arusha, Dx of Noizmekah. He did it part-time when he was free from dancing and school.

Now things were getting more interested with him in the music industry and he couldn't resist but love everything about music so he started deejaying in small parties using a DJ Software BPM.

4. He was a Musician

Mr Puaz released two songs in 2002 "Sweet Baby " and "Usiku Wa Leo" featuring Structure P and Eddy G. At the time, Usiku Wa Leo became a breakthrough at the time as he gained more interest in the music.

5. He is an entrepreneur and businessman

His talent management journey started in 2015 when he started working with Tanzanian rapper Shetta. Since then he has worked with many other artistes among them Vanessa Mdee, Diamond Platnumz, Darassa, Nedy Music , Harmonize.

Apart from being a music manager Mr Puaz is an entrepreneur who recently launched his own brand named Puaz Shop.

"I have passion in fashion.....My dream towards Puaz Shop is to make it the best and reliable brand across Africa." He told Mpasho