Jalas Googled Kamene Goro as he didn't know who she was

•"I got married immediately after I finished my law degree in 2014. My TV career had just started to pick and I met the then love of my life and he lived in another country, akaniambia come I want you to be with me." - Kamene Goro 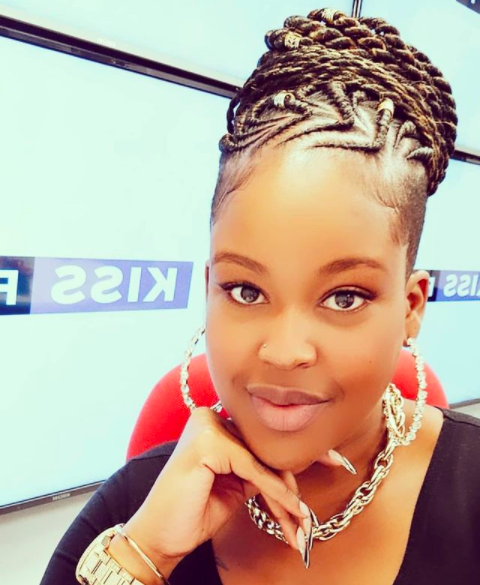 Kiss FM presenter Jalango, has said a few years ago he did not even know who Kamene was, adding that he had to Google her.

This was after Kamene started trending because of her marriage to her now Tanzanian ex-husband.

At the time Kamene Goro was a TV presenter.

Speaking during the Morning Kiss, Jalas shared, "When I hear people saying that you got married to your ex-husband because of money I was wondering who is this Kamene.

So I had to look you up and I was like aaih maybe you are the one crossing with money to an ocean.

When I met her she was driving a mini cooper."

To which Kamene responded,

"It's so weird the first time Jalango and I met I was married. At the time I was driving a Mini Coopper, I would drive for maybe three and a half hours from Nairobi to Arusha."

Cop stalks girlfriend to hospital and shoots her dead

Constable Bernard Sivo had first shot his girlfriend Mary Nyambura in their house and broke her right leg. He thought she was dead but the woman went ...
Crime
3 weeks ago

In a past interview, Kamene revealed that she tendered her resignation letter in readiness to start married life in Tanzania.

“I got married immediately after I finished my law degree in 2014.

My TV career had just started to pick and I met the then love of my life and he lived in another country, akaniambia come I want you to be with me.

I remember I gave my employer a two days notice…I went wrote the letter and drop it on my boss’s desk. I think it was on a Tuesday.

I had just come back from Zanzibar, did bulletin ya 1 PM and wrote the letter and told guys Thursday ndo siku yangu ya mwisho msinisumbue, and I left.

Then I settled in Tanzania and became a wife, I was about 23/24. I knew it was a person I wanted to be with. It was someone I had been with for some time.

I tell people the story about my ex, but he was actually a really great guy.

I have left my career and you know how passionate I am about my work and what I do.