Celebrity couples who have stood strong after scandals hit their relationships 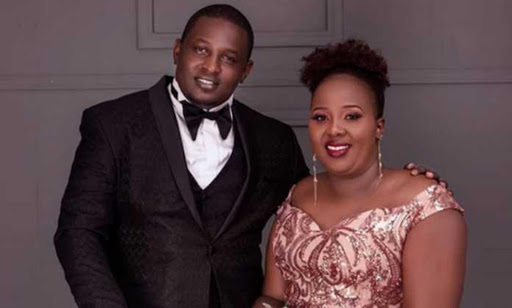 Marriage is not for the light hearted, especially when one's relationship is in public domain.

The union stops being an affair of two people but also external forces who closely watch the progress of celebrity couples.

In numerous occasions, fans have smelt the coffee of a broken marriage just by watching how the couples behave online.

Sometimes, fans may bump into a celebrity having a good time with a man/ woman who is not their wife, and within no time, the affair is made public.

Here are some Kenyan celebrity couple who have stood the storms of scandals and stuck to their marriages.

Comedian Terence Creative was caught up in a cheating scandal two years ago. He admitted to having an affair with a lady called Anita Soina.

According to the couple, the affair affected their relationship but they chose forgiveness after Terence confessed to his mistakes.

”I knew about it way before it even hit the media. I really thank Terrence because he acted like how he should have acted. It was rough when I knew but thank God, Terrence told me the whole truth. His honesty really helped me recover from the pain. I stayed even when the world was pressuring me to ditch him. Look at us now, if I had gone, we would not be having a TV show as a couple,” Milly Chebby narrated.

Gospel artist Size 8 and her husband DJ Mo were hit by a cheating scandal in 2020.

A lady confessed to blogger Edgar Obare that she had an affair with the father of two, that had been going on for a long time. She provided picture evidence of their phone communications.

However, DJ Mo dismissed the claims asking fans not to believe what they see. His wife turned to prayer to save her marriage.

The couple separated for 7 months after Nana learnt that her husband had cheated on her with Musician Sage Chemutai.

Nana said that it was painful for her, and termed it as the ultimate betrayal.

“The only reason I stayed (in the relationship) after what he did, is because of what transpired after. He said sorry. We are all at fault. We all have baggage which vary from one person to another, his mistake was cheating on me. I had my faults too. I came to him carrying my baggage as well,” Nana said.

The Wa Jesus family have lately been rocked by an 'incest' scandal.

Kabi wa Jesus allegedly had an affair with his cousin before marrying Milly, where he sired a child named Abby.

With the dust of the scandal having not settled, the couple is determined that their marriage will work, and have since remained united.