"Am about to marry a Rwandese woman," Harmonize teases after nasty split with Kajala 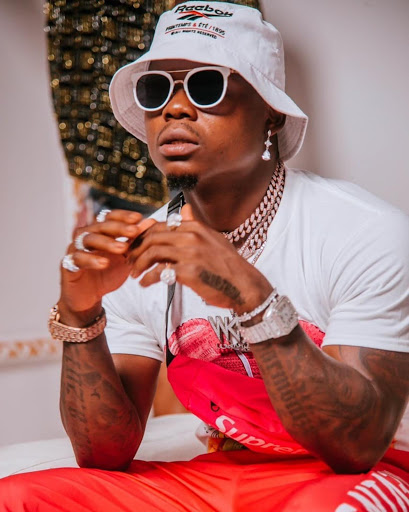 Bongo Musician Harmonize has expressed his love for Rwanda, detailing his plans to marry a Rwandese woman.

He expressed this desire in a post he made on his Instagram page after being impressed by a video of Rwandese kids dancing to his latest song, Attitude.

A week ago, the bongo artist proved that he was done with her Ex Fridah Kajala by covering up the tattoo he had on his neck with another.

Harmonize had tattooed 'K' as an initial for Kajala, but after their fallout, he changed this to 'Konde Gang', the name of his music record label.

Konde Boy and actress Kajala affirmed their love for each other in February 2021 by getting a tattoo of each other. The latter also got an 'H' tattoo on her neck, which she has since replaced.

The two had a nasty break-up in April where Kajala's daughter was embroiled in the conflict.

Harmonize was accused of seducing Kajala's teenage daughter and sending nude pictures to her.

“Don’t blame people for disappointing you, blame yourself for expecting too much from them, Delete the unnecessary things in your life especially unnecessary people,” she wrote.

The split did not go down well with Harmonize, with the singer calling out all those who wanted his relationship with Kajala to end. He promised to continue respecting her despite their breakup.