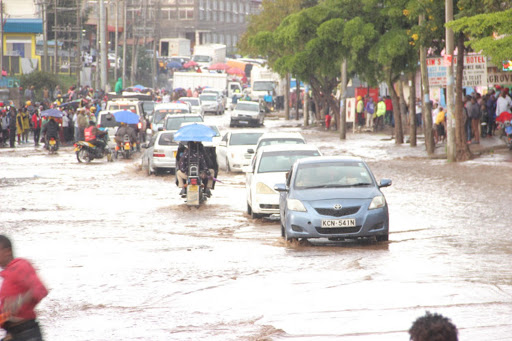 A primary school in Kisumu has been closed after water snakes were spotted in the flooded areas.

Learning activities were suspended at Nyamasao Primary School in Nyando, just a week into the heavy rains witnessed across the country.

The rains have wrecked havoc in the Nyanza region, also leading to the collapse of a bridge that connects Homabay and Migori counties.

A trailer plunged into river Riat after the bridge constructed by the british military in 1980 collapsed.

The driver of the ill-fated trailer sustained minor injuries and was taken to a nearby hospital for treatment.

Kenya Meteorological Department warned that some parts of the country will experience flash floods due to the heavy rains.

This heavy downpour is expected to reduce on Thursday with Nyanza region, Rift valley, Nairobi and Central having been marked among the red zones.