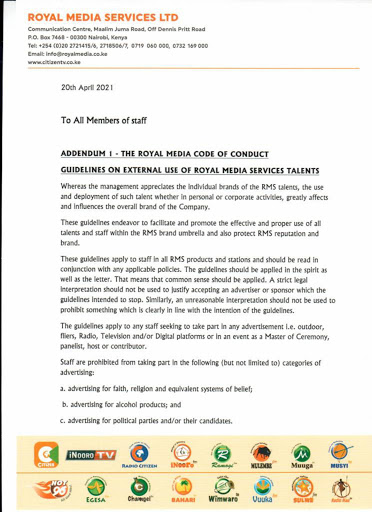 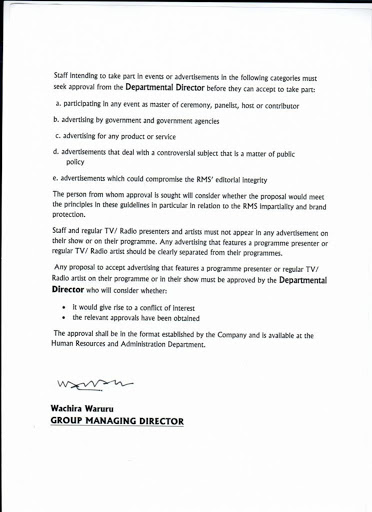 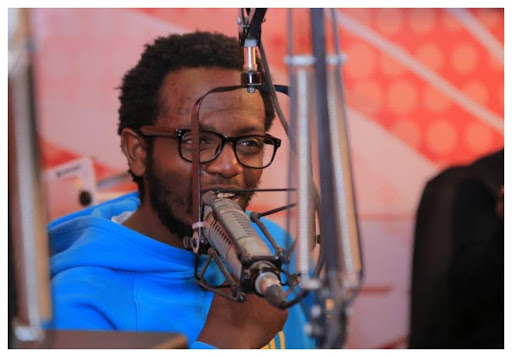 Comedian Professor Hamo has been fired from his radio job at Hot 96.

His exit from the breakfast show at the station is said to have been influenced by his drama with the mother of her children, Jemutai.

Other than the saga, Hamo is also said to have fallen out with the station over disciplinary cases.

Mpasho has learnt that before the dismissal of the comedian, a letter was issued to all staff at the station warning them against partaking corporate advertising jobs from external companies.

The guidelines issued in the letter sought to prohibit talents from running private advertisements and sponsorships.

This, the letter said, aims at protecting the Royal Media Services brand as the advertisements influence the overall outlook of the company.

In the leaked letter, the staff were advised to seek guidance from departmental directors before entering into such deals.

"Staff and regular TV/Radio presenters and artists must not appear in any advertisement on their show or their programme. Any advertising that features a programme presenter or regular TV /Radio artist should be clearly separated from their programmes," read part of the letter.