'My dad's side chic cursed me,' Solomon Mkubwa 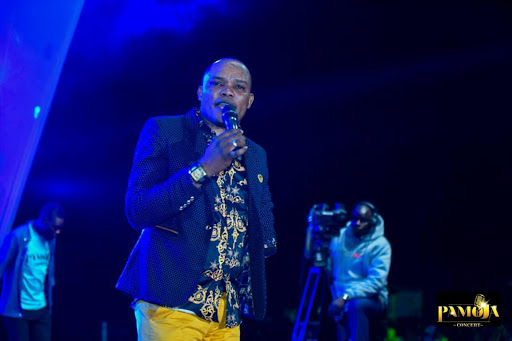 Gospel musician Solomon Mkubwa has blamed the loss of his left arm on sorcery during his childhood.

The Kenyan-based Congolese gospel musician said he lost his arm when he was 12 years old after his father's side chick bewitched him.

“My father got a 'mpango wa kando' who he had an affair with pregnant, but he denied being responsible. That is why she ended up bewitching me," Solomon told Massawe on Radio Jambo on Wednesday.

The family did not take it seriously as they were partly Christians. One day, Solomon fell down on his way from school.

"We went to a witch doctor as well but he was not able to heal me. By the time we went to a doctor, my hand was already swollen and had rotten and the only option was to cut it off," he said, adding that they started praying.

Before long, one of his siblings fell sick and died after a short illness.

"The woman sired twins but unfortunately, one died and my father denied the kids were his, although they really looked like us. He even refused to take care of the burial arrangements,” explained the emotional singer.

The woman, whom Solomon alternately referred to as 'stepmother', brought more misery to their family.

“During the burial of her child, the maternal grandfather said he would ensure the child would not die alone,” he said.

None of the family members took this seriously and after some time, Solomon’s other sibling died and later his arm started swelling.

"We had to go back to God. I learnt that it is good to remain on one side, either choose God or the devil. We prayed so hard and that is how we defeated the devil," he said.

Solomon says they had to suffer the most especially because his father was an alcoholic and could listen to anybody.

"When someone is an alcoholic, they listen to no one. There is disrespect in society and everywhere. Children suffer the most as sometimes they don't go to school," he said, adding that his mother took care of them.

Solomon's father is currently a changed man and a servant of God. Solomon is known for hits like 'Mungu Mwenye Nguvu', 'Nimewasamehe' and 'Mfalme Wa Amani'.

The award-winning gospel Congolese singer inspires many through his music. He is happily married with two children.