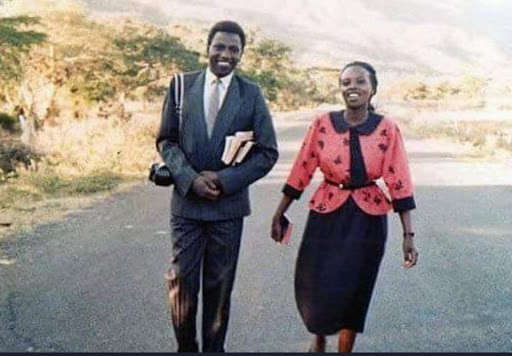 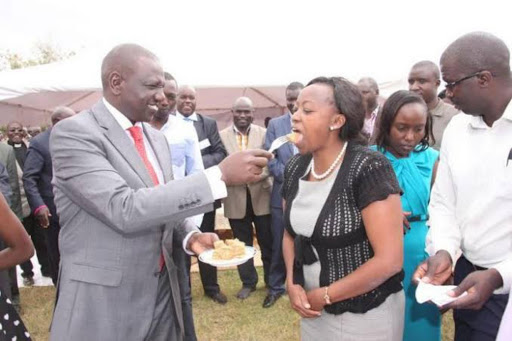 Deputy President William Ruto has revealed that he had to learn Bukusu to charm and win over his wife, Rachel.

At the time Rachel was based at Likuyani in Kakamega County.

“I had no choice other than to learn Luhya because I was losing out. I did not want to lose out. I never like losing.”

His plan worked, in 1991 he wed Rachel and they are blessed with six children namely Nick, June, Stephanie, Charlene, George, and Nadia.

Little did he know that learning the language could also help him in his political battles.

Speaking to Jalango on his popular Youtube channel, Ruto narrated how a western MP tried to con him.

The MP in question was misleading constituents telling them to eat the DP's donaations and play coy.

"I heard everything he said at the rally but he did not know that. When I took the stage to speak, I told the audience they needed these donations more than I did. If it was a bus, they needed to use it to make income. The same applies to bodabodas. I told them I did not stand to lose much if they misused my donations. if they follow their MP's advise, they will be the ones who will lose not me."

"I am above these people (rivals) intellectually and so they are plotting this kind of things. You remember they were always questioning about the source of my donations and when such a tactic failed to work, they came up with such propaganda."

On his wife Rachel, Kenya's second in command said he misses going window shopping with his wife.

“What I miss most is going for window shopping and spotting something new, but because of my position it is beyond me.”

Ruto revealed that his favourite delicacy- roasted maize and meat.

“Roasted maize is the best for me, perfect delicacy for me,” Ruto enthused.

And that Solomon Mkubwa's hit single Mungu Mwenye Nguvu is his all time favourite.