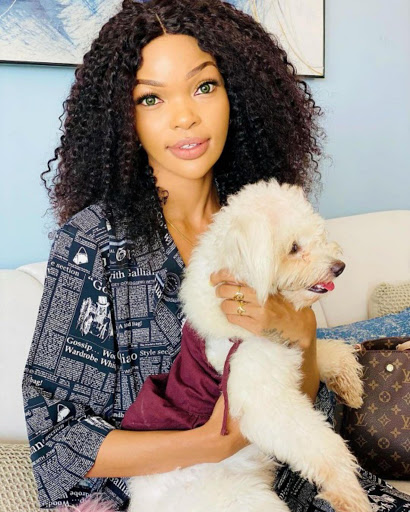 Former Miss Tanzania and famed actress Wema Sepetu has come frothing at her detractors for claiming she was chasing clout whilst posing a search for her lost dog.

Wema disparaged her naysayers, calling them foolish and proclaiming that her lost dog, Vanilla is more popular than them with 15,000 Instagram followers.

The thespian imparted that her dog is still lost, recounting that the dog strayed away whilst chasing after the bus that picks her up from her house.

She also adjured anyone who might be withholding the dog to take care of her and not mistreat it, ceding that she might not recover it after all, albeit the high reward she put towards her recovery mission.

The former beauty pageant appalled netizens by putting a reward prize of Tsh. 2M to anyone that might help recover the endeared dog.