How Papa Dennis died will be unveiled today 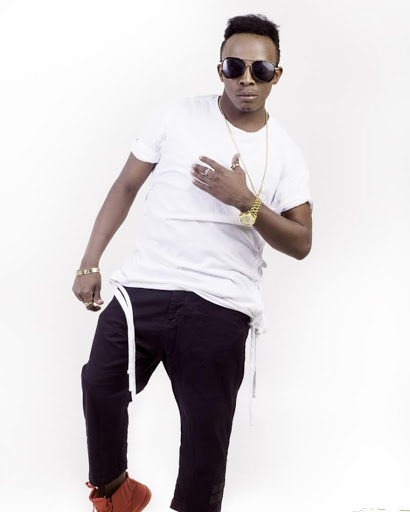 The family and police will today conduct a postmortem on the late gospel musician Papa Dennis.

Dennis was found dead on Friday morning in an apparent suicide.

Papa is said to have left his twin brother Simon Mwangi and a producer in a studio before he was found dead on the extreme left side of the Kirima Building in Nairobi’s Pangani Estate.

"The postmortem will be at the City mortuary on Monday," the family said in a statement.

The studio is on the right side of the large ash-looking building where a number of families live.

“He then picked his phone and a charger in the middle of the session and left, telling his brother and the producer that they were giving him a hard time,” a friend told the Star.

The caretaker told the Star that he is the one who informed the brother and producer after tenants raised the alarm that a stranger had fallen from the fourth floor of the building.

"We are not even sure how he accessed the extreme side of the building since all the gates were closed. The other option would be going through someone's house or using the roof, which is very hard," the caretaker said.

Close relatives, family members, and other artists believe that the Nashukuru hit singer has been suffering from depression due to financial problems.

“When I saw him here on Friday daytime, he was totally drunk, disturbed and looked tired,” the caretaker said.

The caretaker and neighbors said that Papa Dennis moved into the studio - where he was found dead on Saturday - on Thursday night with a mattress and blanket.

“His former landlord had locked him out of his Jamhuri estate house and the couple, who had housed him briefly, was violent to him. That is when Mjukuu, the owner of the studio at Kirima House on Thika road, asked him to stay in the studio to rehabilitate him,” a close relative told the Star.

Papa Dennis was reported to be having issues with his girlfriend of two years who acts in a local television series.

“On Friday at 11 am Papa Dennis called Mjukuu and told him that people were fighting in the house that hosts the studio,” the caretaker told the Star.

“The owner of the studio called me and when I knocked at his door to find out what was happening, Papa opened the door himself.”

The caretaker said he picked his phone and left on a motorbike heading towards the Muthaiga side of Thika Road.

Papa Dennis returned later and was joined by his twin brother Simon Mwangi and a producer for a music recording session at the same studio.

“He had called his brother to bring him his passport. We are not sure where he wanted to go,” a friend told the Star.

The late Papa Dennis girlfriend Martha Wajero (a former actress in Machachari) says she is hurt and feels guilty that he passed on before they could meet.

“He told me people wanted to kill him,” she said.