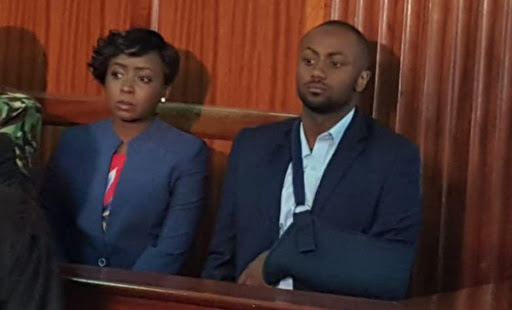 Joseph Irungu alias Jowie, the main suspect in the Monica Kimani murder case will on June 18 know whether he will be released on bail.

Jowie applied for a review of his bail after the High court rejected his earlier application on grounds that he is a flight risk.

In his fresh application, Jowie told Justice James Wakiaga that he is not a flight risk as his passport has been deposited in court.

He also argued that he cannot interfere with the witnesses because they are under witness protection.

Jowie has maintained his innocence over the murder of Monica Kimani at her Lamuria Gardens apartment, on the night of September 19.

But the State led by prosecutor Catherine Mwaniki maintained that circumstances under which he was denied bail at first instance has not changed.

Mwaniki opposed his release and said the fear of witnesses in the case has not changed. The family of Monica has also opposed the release of Jowie.

Wakiaga in setting the ruling date, also directed that the file be placed before Justice Jessie Lessit who is head of the Criminal Division.

Lessit will be allocating the matter to another Judge as Wakiaga is overwhelmed.

Jowie has been in custody since September last year after being arrested for allegedly killing Kimani.

His co-accused Citizen TV Journalist Jacque Maribe was however released on a cash bail of Khs 1 million last year after they both pleaded not guilty to the charge of murdering Kimani.