Ruto compares Raila to a hyena as feud over dams continues 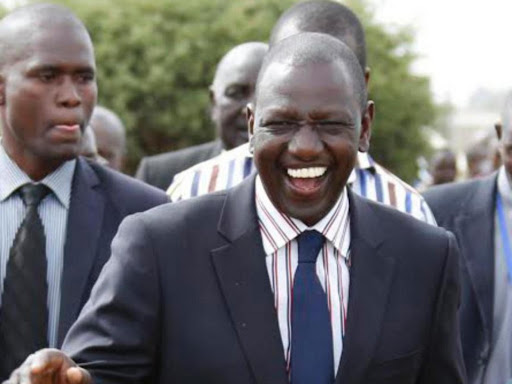 He said Raila has neither the legitimacy nor integrity to lecture anyone on matters corruption or integrity.

“Yes, I have an interest in the construction of the dams, a major interest because with [President] Uhuru Kenyatta we put 57 dams to be constructed over the next five years,” Ruto said.

He went on, “As the deputy president of the Republic of Kenya, I would be reckless and would have failed in my job if I didn’t follow the numbers.

The DCI is investigating the alleged loss of Sh21 billion in the construction of the Arror and Kimwarer dams in Elgeyo Marakwet county.

Ruto is on record as saying no funds were lost other than Sh7 billion paid in advance to the contractor.

“So, the question that I’m being asked is like a hyena asking a herdsman ‘what is your interest in your herd and why do you know the number of the livestock that you are keeping?” Ruto said.

He spoke on Thursday when closing the 6th Devolution Conference in Kirinyaga county.

While speaking at the same summit on Wednesday, Raila questioned how the DP knew that only Sh7

He said the DP had no reason to be defensive if he knew he had nothing to do with the alleged disappearance of the funds.

Ruto said it’s his job as an accounting officer of the Jubilee administration to account for every penny spent on projects.

He said the biggest enemy in the fight against the vice is selective prosecution targeting predetermined individuals and projects.

While clarifying that he has absolutely no problem with the former PM, Ruto said the biggest threat to the war on corruption is rumour mongering, propagandists and peddlers of half-truths.

“In the last election, you said your competitor stole the Eurobond. Now you are accusing the person you perceive as your future competitor of stealing money from dams, but when you are asked for evidence you say it was the Pope who called you and told you about the theft,” Ruto said.