'She was not herself', brother of Prophet Owuor's follower says amid Sh1.5bn land tussle 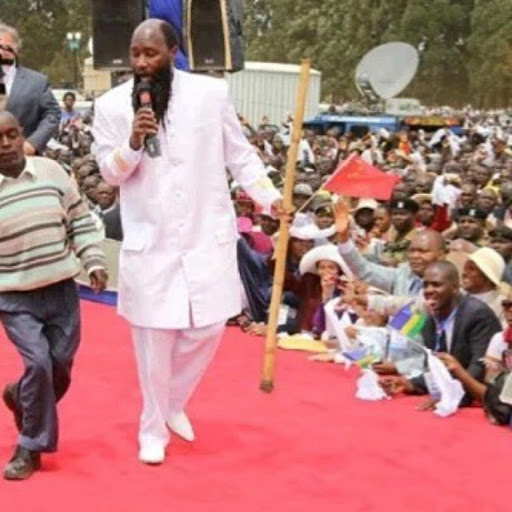 The family of Jayne Muthoni used an obituary of their mother to trick guards at the Dove Court apartments to allow them to access their kin.

The family on Wednesday said that after several unsuccessful attempts to reach the once powerful lawyer to inform her of their mother – Charity Wangari’s – death, proved futile, they decided to use her (Wangari’s) obituary that they had placed on a daily to convince the guards manning the premises.

“I went there three times seeking to see my sister and pass the message to her after I was denied the opportunity. I camped there for hours but I was turned away,” Dancan Njagi, Muthoni’s brother said.

He said that they devised the strategy on February 19, three days after their mother passed on at Karen Hospital.

“My sister was not herself. She was emaciated and looked very tired. I was shocked. I did not pass the message to her, ” Njagi said.

Njagi said he pleaded with the guards and the woman who was "taking care of her" to allow him to leave with her for a family meeting where funeral arrangements were taking place.

They allowed him to do so on the condition that her personal assistant accompany them to Jacaranda Hotel, the venue of the meeting.

Rose Thuo, Muthoni’s elder sister, said that 15 minutes into the meeting, they were surrounded by 15 people who introduced themselves as members of Prophet Owuor’s Repentance and Holiness church.

"I was shocked when the guards said they had come to pass their condolences to Jayne. I mean, even Jayne herself was not yet aware of the death. How did they come to know of it?” Thuo asked.

"They watched her every move as if they were monitoring what she would say. Even when she ate they were literally behind her back," Thuo said.

He said they spend Sh15,400 to buy the guards’ tea for them to allow them to continue with the meeting.

“We informed her that we lost our mother, but she asked how could lose our mother and asked us to go out and look for her. She was not in her senses,” Thuo said.

It was at this point that the family plotted how they would rescue their sister on the day of their mother's burial.

Having family members who had served in the police force, Muthoni's siblings called for the presence of officers to be at the funeral.On the day of the funeral, the family had requested Muthoni to be brought at Montezuma Monalisa Funeral home at 6am for them to start the journey early to their Kirinyaga home. To their surprise, the family received an SMS from Muthoni's personal assistant saying that she could not wake up that early because that was against her daily routine.

"This was just absurd and at this point, we were furious that the "ministry was even given conditions on how Jane would attend her own mother's funeral," Rose said.

Muthoni's brother had to go to Riverside in the company of the police to get her released for the burial. On arrival in Kirinyaga, the family found more than 20 guards. including armed officers from the Ministry, had followed them from Nairobi.

"It is custom that after burial we had to spend some few days at home so we had requested that a few off Muthoni's clothes be brought. But this never happened," said Thuo.

After laying down the casket, the family noticed how the guards had quickly started to surround Muthoni to take her back to Nairobi.

At that juncture the family alerted the police who chased away the guards.

"All we want is to have our sister back. She is a gift to us just like any of our siblings. We will do anything to keep her and what she has for her family," said Njagi.