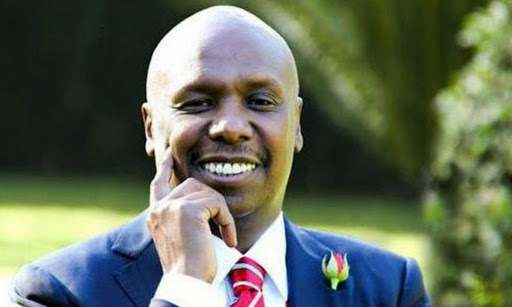 Gideon who was in Marakwet to attend a burial of a famous community man shared the podium with Cord leader Raila Odinga among others. Gideon while speaking in Kalenjin dialect bragged to mourners

"Today I did not come with my father's bicycle"

(To mean helicopter). "I decided to come by road. And as I was coming, I asked the people why  the roads are so bad; Where is Murkomen your Senator".

The son of Moi continued as Murkomen looked uneasy with the next sentence. Gideon continued.." They responded to me that 'we have never seen Murkomen again..we only hear him in Nairobi and see him in the sky with choppers.' I was shocked." Gideon sarcastically laughed.

Giddy, as he is nowadays referred, is said to rarely use vehicles. Almost all the functions and mini functions he attends; he uses his father's bikes. Lately Gideon has started a silent meet the people tour by use of road even in the remotest parts of the North where his campaigns have been concentrated.

During the last Madaraka day GM is said to have been in Baringo and slaughtered unknown number of Goats and celebrated the day with his fanatics.