Photo: Crude weapons recovered from a foiled robbery in Ngong

The thugs managed to run away but their car has been impounded.

• The thugs have so far broken into more than 5 entertainment joints. 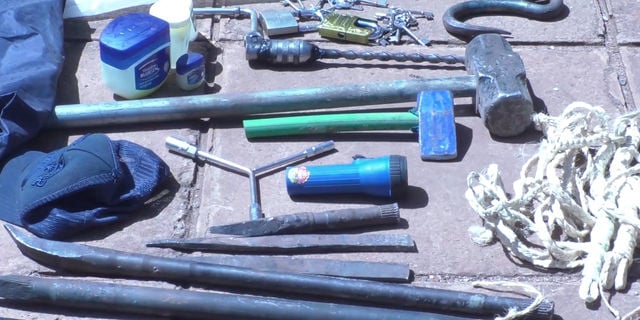 Police officers have recovered crude weapons being used by robbers to break into entertainment joints in Matasia, Kajiado.

Also recovered were crates of beer and several other household items.

The gang is said to have been targeting entertainment joints and liquor outlets in Upper Matasia and Ngong town and shopping centres within the region.

Police were forced to shoot in the air to foil a Saturday dawn robbery attempt.

The officers were on patrol when they were tipped about an ongoing burglary incident at a club in Matasia. They acted swiftly and ambushed the burglars before they carted away the loot.

The thugs escaped on foot after abandoning a Toyota Noah Va

Victims said the ruthless has been terrorizing the business fraternity for some time with break-ins reported every weekend. 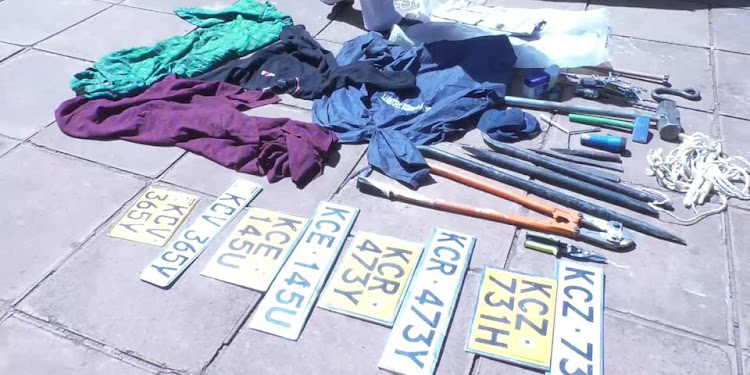 Zari Hassan's expensive phone stolen at her All White Party

Ugandan socialite and businesswoman Zari Hassan is counting losses after her expensive phone was stolen during her All White Party that went down In ...
Entertainment
1 month ago

6 tips on how to stay safe at an event

You are never certain about how an event is going to end up, whether the fun is guaranteed whether the security is bumped, or whether you will be ...
Lifestyle
1 month ago

Talking about the traumatic experience that her boyfriend had undergone, Ajib highlighted that Josh was still in shock over what had happened.
Entertainment
2 months ago

Earlier today, two thieves were caught unawares by Kirinyaga residents and out of anger, the residents burnt them to ashes.
News
2 months ago