Only a few people have been able to come out as gay or lesbians in Kenya.

• LGBTQI  lifestyle is not allowed in Kenya.

• Most practice this lifestyle anonymously. 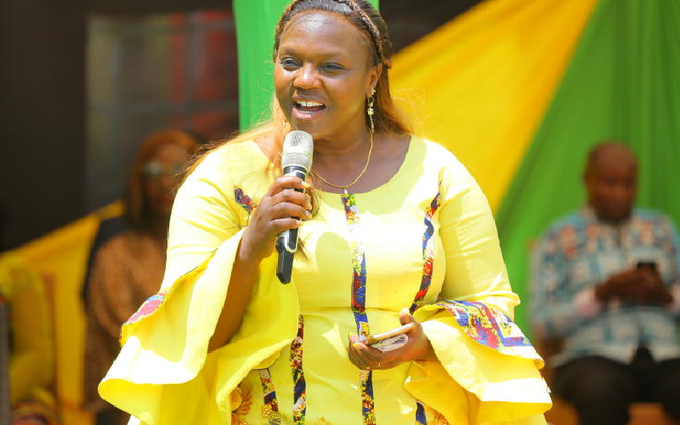 Dorcas Rigathi. The first lady has called out teacher for pretending lesbianism and homosexuality doesn't exist in schools.
Image: Twitter

Second lady Dorcas Gachagua has called out teachers for pretending not to know about lesbianism and homosexuality existing in schools.

Dorcas says most teachers hide such information to protect the name of the school at the expense of losing a generation.

"Teachers know what our children are undergoing in schools. There is homosexuality and lesbianism in schools but we do not want to speak about it so we can look good, and when we allow this we lose a generation.

This is something we must change as teachers." Warned Dorcas

She further pointed out mental illness saying people should not assume such ailments only affects some people.

" Whether you are a Christina, Muslim, or Hindu. Rich or poor. The problem of mental health is real.

Every one of us has been affected."

Nyali Member of Parliament Mohammed Ali recently said that members of the Lesbian, Gay, Bisexual, Transgender, and Queer (LGBTQ) community should be jailed.

Ali took to Twitter to share his sentiments over the contentious issue on Tuesday, following a week-long storm on social media following the murder of LGBTQ activist and fashionista Edwin Chiloba.

“Let us not waste time discussing LGBTQ or whatever name they call it,” he said.

He said homosexuality is illegal in Kenya and God does not like it.

“We should not entertain it. On this one, democracy my foot! Jail them,” he said.

His sentiments came just when LGBTQ activists had issued a statement yesterday warning leaders against using rhetoric that was hateful and homophobic.

The activists said that it is imperative that our leaders and media exercise restraint in their language and actions and not sensationalise the murder of Chiloba.

They said it will only raise intolerance and violence against sexual and gender minorities.

“Homophobic and hate-based rhetoric by leaders and sensationalisation of Edwin Chiloba’s murder by the media only serves to incite violence against queer Kenyans,” they said.

The rights groups include the Bold Network, the National Gay and Lesbian Human Rights Commission, the Gay and Lesbian Coalition of Kenya, Initiative for Equality and Non-Discrimination, Q-Initiative, Amnesty and Change.org.

Many sexual assault victims end up acquiring STDs and take a long time to heal, both physically and mentally.
News
3 months ago

Brenda Jons explains why she no longer identifies as gay

Comedian and content creator Brenda Jons has revealed that she no longer identifies as a gay woman.
Entertainment
5 months ago

Why Pastor T refused to pay dowry for his wife

Pastor T- "I have a daughter, I can't sell her, she is so expensive that 99 goats that eat grass cannot be exchanged for her."
Entertainment
7 months ago