DJ Shinski recruits Naiboi in new jam 'Give it to me'

Shinski has another collaboration with Arrow Bwoy.

• Shinski says he reached out to Naiboi on Instagram and proposed a beat.

• Shinski said Naiboi is professional and easy to work with. 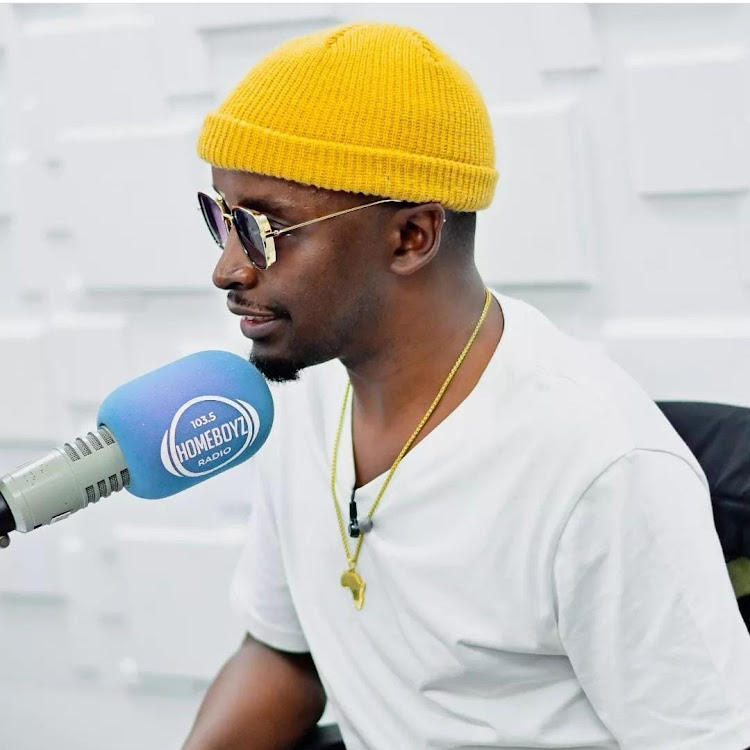 DJ Shinski during an interview with Homeboyz
Image: COURTESY

Kenyan musician Naiboi has been featured in a new song, 'Give it to me', by DJ Shinski.

Naiboi has been away for a while and Shinski says he reached out to him on Instagram and proposed a beat.

"Naiboi liked the beats and within a week, he came up with the lyrics for the song," Shinski told Mpasho.co.ke.

"I sat down with Giggz and we were able to fine-tune the beats with lyrics that he sent us and came up with the final version."

Shinski said Naiboi is professional and easy to work with.

To his fans, Shinski said he expects the song to give Kenyan music a global presence.

"Naiboi is brilliant in mixing Swahili and English lyrics, which will give this song an international appeal," he said.

On why he joined the music industry, Shinski said he has always been passionate about the industry.

"I have always been passionate about producing music. Before I started my deejay career, I used to practise music production on an amateur level," he said.

He said initially, he took music as a hobby until a few years ago, when he started making club remixes of popular songs that he would share with other DJs.

The remixes gained popularity among the DJ community and that encouraged him to step more into the production side of music.

Shinski has another collaboration with Arrow Bwoy.

Shinski says making a song is challenging and requires a different level of creativity.

"Deejaying, on the other hand, involves collecting music and playing them."

The voting process for your favourite star has ended and the award ceremony is set to happen on Saturday, November 19.
Entertainment
2 months ago

Fireboy reveals that he wrote 'Peru' while tipsy

DJ Shinki relocated to the US after high school.
Exclusives
11 months ago