• The two also announced that they are expecting a child together. 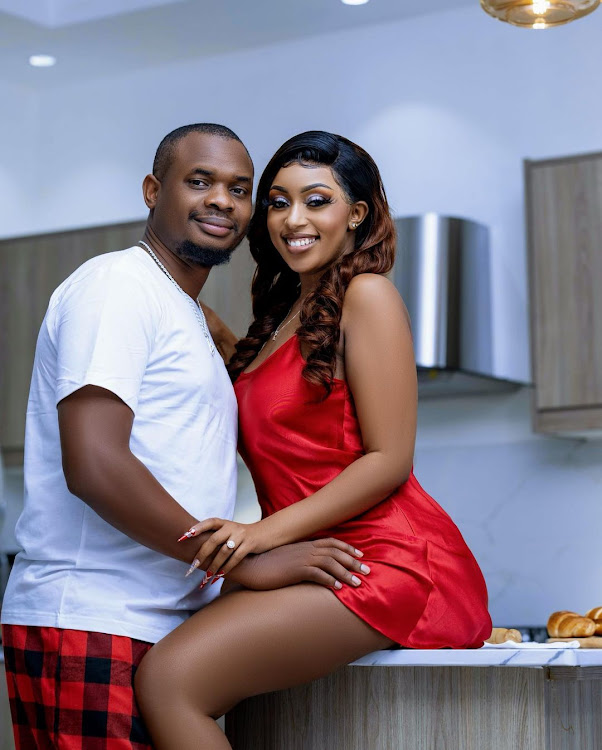 Since Amber Ray got her engagement ring from Kennedy Rapudo, she has become much more measured with her choice of words.

She and her fiancee have already announced that they are expecting a child and Ray has praised the man for giving respect to her when he wore a ring in public in front of his friends and family.

The mom of one is now giving some interesting advice to other women about submitting to their men.

Amber clarified the difference between surrendering to someone and obeying someone, saying that surrender is not an act but the recognition of your image in front of your man.

"Submission is not obedience! Obedience is compliance of thought and has little use for intelligence. Submission is not an action! It is the recognition of a higher frequency that can transform you into the best image of yourself.

She added that the act is done freely and for a man who is worth it.

Submission is not a command, it is a form wisdom only known to the wife of a man with Big B*lls. It is a field set up by man for woman to rest and enjoy life.😉"

Amber's advice is in contrast to the image she had set for herself in the past where she was very independent in her relationships and wouldn't tolerate any nonsense from the man she was dating.

Just a week ago, Reverend Kathy Kiuna of Jubilee Christian Church had made a nearly similar post about submission on her page.

10 Kathy Kiuna quotes that will uplift you

Woman of God Kathy Kiuna is not only a gospel minister but one that encourages her 400k plus fans on social media. Here are ten social media quotes ...
Lifestyle
1 month ago

Kathy and Allan Kiuna are celebrating 28 years in marriage. Allan is also turning 56.
Entertainment
1 month ago

"Everything that God created follows a pre-established order,Nothing that God does is haphazard or chaotic. Being in order doesn’t mean that you are inferior, it means you understand that for anything to function properly, there must be order.

As a wife I understand that im not inferior to my husband ,we are equally created in the image and likeness of God. I willingly submit myself to my husband's authority in obedience to God’s word in Eph 5:22-23. True power is tested when it's put under submission."

Jimal's unexpected reaction after Amber showed off bundles of cash